One of my top titles of the old Valiant, was Secret Weapons. A book where the publisher's best fought side-by-side, yet undercover at the same time. It was 'JLA meets Mission Impossible' - the Harbinger, Livewire becoming a favourite in its twenty-one issues. 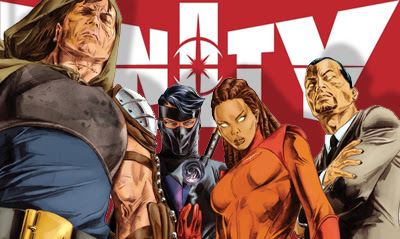 Now, today's Valiant is taking the revamped Livewire, placing her in a team with her former boss and man she almost killed; Toyo Harda, Ninjak, and the immortal Eternal Warrior, then sending the group into battle the X-O Manowar. The world's most powerful weapon, who in keeping with his history, has just taken over Romania for his people. 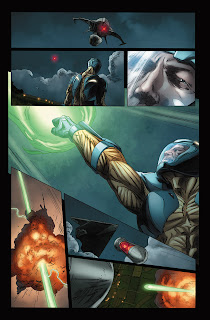 The book the brawl for it all goes down in, will be an extremely new-reader friendly series dubbed Unity, with issue one launching this November. Expanding on the iconic name of Valiant's 1992 crossover, Unity #1 will feature five variant covers, including ones by Bryan Hitch, J.G. Jones and Neal Adams.

Better yet, Valiant's offering a money-back guarantee of sorts. The first issue, written by Matt Kindt and drawn by Doug Braithwaite, will be 'returnable for qualifying retailers'. Meaning, the time to Unify with Valiant is now.