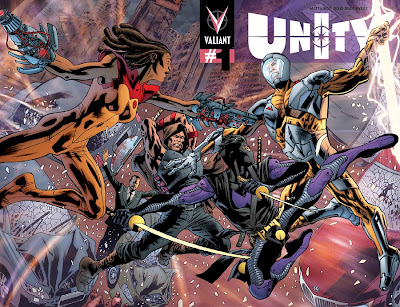 Unity #1 - not only does it carry amazing variant covers like Bryan Hitch's above, but the preview for the first issue has just been released. Featuring a food reviewer who gets put off cuisine by war, which is ironic, as Valiant are putting out so many great reads at the moment, there's almost no room for food on my budget anyway.

Written by Matt Kindt with art by Doug Braithwaite, November's Unity #1 should be another fit to carry on the Valiant Entertainment tradition. Click to enlarge the preview below and see. 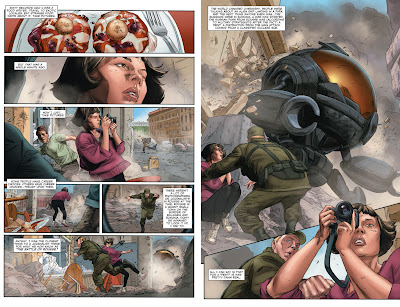 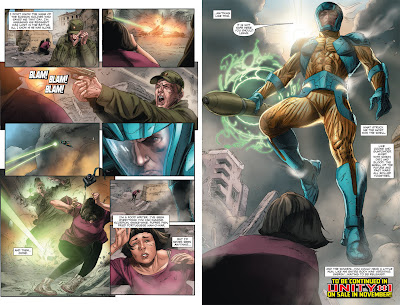 Valiant say: To kill a king...he has created an army. The world's most dangerous man, Toyo Harada, has been struck by the one thing he never thought possible -- fear. Halfway across the globe, a new power threatens to topple modern civilization and, to preempt the cataclysm that is to come, Harada will unite the most unforgiving team the world has ever known -- Unity.

Their mission: defeat the threat responsible for the destruction of MI-6, the decimation of an alien world, and the occupation of Eastern Europe... Unseat the warrior king armed with the universe's most powerful weapon... Kill X-O Manowar!