MOMENTS IN COOL: Midnighter "I'm What Children See When They First Imagine Death"

Good God the original Authority was chock full o' awesome. Even when the characters were standing still they were epic. Especially Midnighter. The below is from artist Bryan Hitch's run on the series and when read it picturing a gravelly voice like Russell Crowe or Vin Diesel's as Midnighter, it helps put the 'sin' in 'cinematic'. 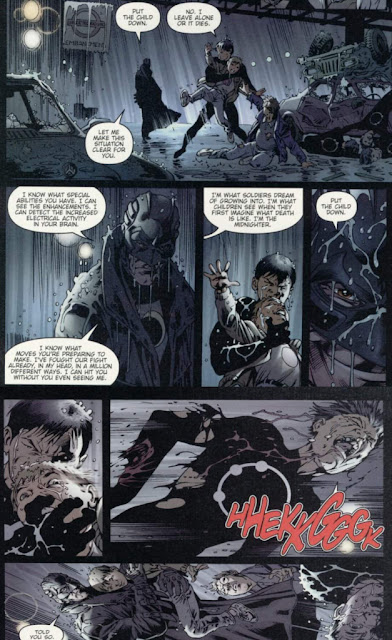 I swear if Wildstorm was still roaming free as a part of Image Comics, it would have all my money by now and I'd be living under a bridge. While 'all my money' is probably significantly less than what DC brought the company for, so Mr Lee still wins on the deal, doesn't mean I can't dream about 'what if'.