Legendarios is a TV smash that prides itself on being a talent quest that doesn't humiliate, show prejudice or "a lack of scruples" as it brings creativity and fun to Saturday nights. 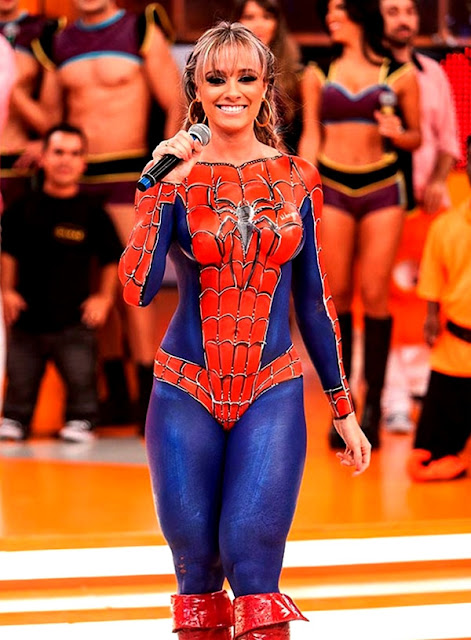 With unique content for those who chose to interact with the show online, the Legendarios team recently turned more heads than usual, when star Juju Salimeni appeared live, bodypainted Spider-Man style.

Okay, so bodypaint isn't quite cosplay, but it's close enough. With her Captain America-ish boots, this 'Spider-Woman' probably converted a whole bunch of fans to Marvel Comics with every step.

Painted by W. Verissimo, you can check out a full 'behind the scenes' gallery of the costume's creation, after the jump. 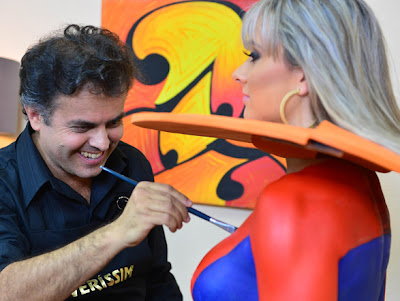