Splash pages, you gotta love 'em. A blank canvas where the artist can hit you with a large dose of illustrated 'wow'. This week, I'm in a bit of a Punisher craze at the moment, so I wanted to chuck up a splashy from the superstar artist I first discovered in Frank's adventures, current DC grand Poobah, Jim Lee. 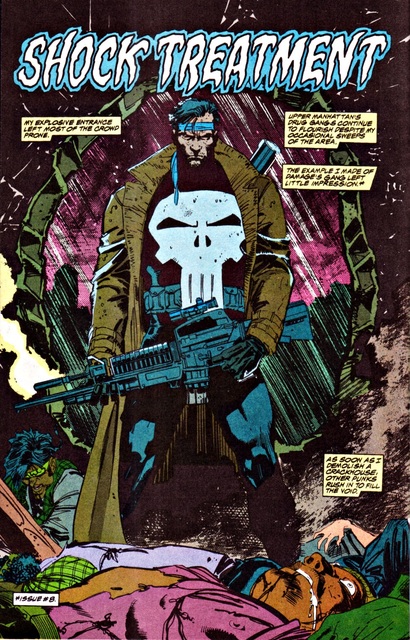 Is this where Gambit designs started from you reckon? I always feel bad that when The Punisher gets left out of a retrospective on Jim's past work. He brought a real down-to-earth grit to Frank, a style he wouldn't really expand upon at street level until he hit Batman.

With Punisher getting a 'Ennis' relaunch next year, it's good to know there is plenty more punishment in store for the future, even if Jim touching his old haunts again as artist is a fairly slim possibility.