ON THE FIVE: Interviewing Paul Ryan

I'm not the kind of guy to get starstruck. In a previous career I used to interview musical folks most people pinned pictures of to their walls (things like Pinterest boards that divide up a house). It showed me 'celebrities' are just people too. Still I have to admit, in talking with iconic comics artist Paul Ryan, I had to reassure myself it was THE Paul Ryan who was responding and not someone with the same name, just playing along for a nights entertainment.

As friendly and grounded as you'd expect one of comics' most reliable workhorses to be, Paul answered everything from questions on his inspiration to working with Stan Lee, and of course THAT costume. Here's what he had to say; 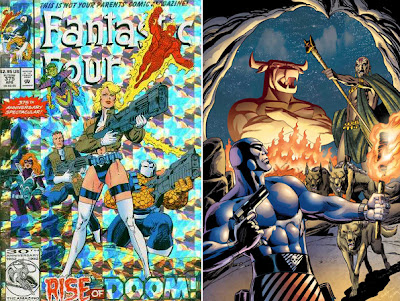 IADW) Your run on The Fantastic Four is one of the largest in the title's history. Despite Johnny going nova, the lost and found Reed Richards and all that went down during your time, for many, you are still the guy that put comics most famous mom into a 'bad-girl' outfit and sent her to war. What are your thoughts on that infamous costume change?


Paul Ryan) Oh yeah!! "THAT" costume!! DeFalco's storyline dealt with Sue regressing to her Malice persona. Becoming more aggressive. He wanted a costume change to reflect this change in Sue's attitude. The costume I designed had many of the same features as the Malice costume, while retaining a semblance of a FF costume.

We got a few negative comments from fans who felt that as Franklin's Mom, Sue would never wear such a revealing costume. There was another side to the argument from fans who still looked upon Sue as a babe. Eventually Tom allowed me to modify the costume so that both sides were appeased.

IADW) You made The Flash run under writers Mark Waid, Mark Millar and Grant Morrison, and currently crank out the adventures of The Phantom, a character my Mum used to read when she was a kid. Having touched so many of the industry's biggest icons, is there one so-far elusive character out there you would like more of an opportunity to take a stab at? 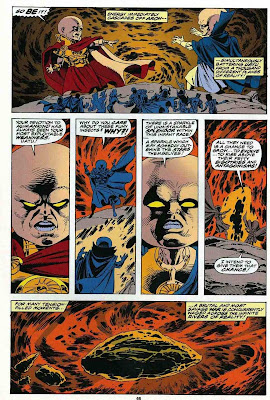 IADW) The Watcher/Celestial war in Fantastic Four showed how well you can mix the incredible with the realistic. That said, how did it feel to join the Stan Lee on Ravage 2099 and use those skills to help develop the look of a future Marvel universe?

PR) I enjoy doing futuristic settings, monsters and cosmic themes. Working with Stan was a real treat. I remember, fondly, the Marvel Monster mags that Stan, Jack and Steve produced long before they gave birth to the FF and the Marvel Universe.

IADW) You're the guy who drew both The Avengers and Avengers West Coast at the same time. That alone shows why 'consistency' and 'reliability' are trademarks of your career. What is one piece of advice you can offer, that might help any aspiring artists out there?

PR) I would give them the same words of wisdom that Tom DeFalco gave me years ago. "Sleep is way overrated!" He tried it once and said it was not all that it was cracked up to be. But seriously, be professional, get the job done to the best of your ability within the time allowed. Never be late and communicate with your Editor.

So many Editors have told me, over the years, about freelancers who were late on a job and just went missing. If you have a problem meeting your deadline be open and honest with your Editor. It is their responsibility to have a product to ship to the Printer. If you can't supply the job, they need to make other arrangements. Slip in an Inventory story. The Printer gets paid for his contracted time whether or not you supply them with anything to print. 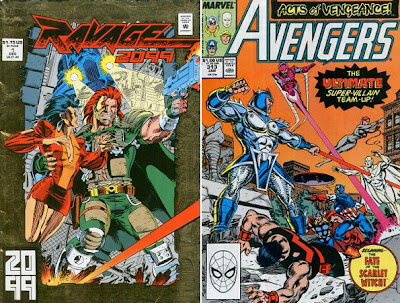 IADW) Who is your personal 'Superman'?

PR) Hmm, could we make that a Super-Person!? I would say my Mom. She taught my siblings and I a love of the ocean, the outdoors and taking chances. At age 50 she decided to take horseback riding lessons at the Andover Riding Academy in Massachusetts. She got quite good at it and won a few ribbons for hunter/jumper.

She was very supportive when we needed it the most. The times when conventional wisdom said, "Do you REALLY want to do that?" Mom would encourage us to take a chance and believe in ourselves. In her eighties she still walked three miles every morning before breakfast. We all miss her very much.

To find Paul's latest work on The Phantom, click the jump.