OUT THERE: Comics' Other Top 10 Lesbian, Gay, Bisexual Or Transgender Characters

In making this article, I put aside the usual LGBT 'Top 10' (who for arguments sake consists of Northstar, Batwoman, Apollo, Midnighter, Obsidian, Alan Scott (don't get me started), Daken, Shatterstar, Renee Montoya and Rictor), and was surprised at how the next candidates back were not only often better characters, they represented some of the best comics the medium has ever produced.

So, keeping those usual chart-hoggers aside, here are my Top Ten Other LGBT Characters in Comics: 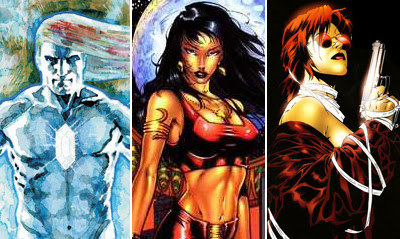 10) MIKAAL TOMAS (Starman - DC) The last of his race and the third 'Starman', despite having been captured and traded as an alien slave, Mikaal continues to honour his partner Tony's death, fighting injustice on earth - a planet he was once sent to conquer.

9) PURGATORI (Purgatori - Chaos!/Dynamite) Chaos! Comics knew how to interact with fans. While her red-skinned, bat-winged vampiritic alter-ego is better known, the potential of this Egyptian remains untapped. Escaping the slaughter of the her wife (and Queen)'s harem, Purgatori became immortal to enact vengeance.


8) PAINKILLER JANE (Painkiller Jane - Event/Dynamite) With an unrivalled healing factor and fighting skills, the bi-sexual creation of Jimmy Palmiotti and Joe Quesada has teamed up with everyone from Punisher to Vampirella, and had her own film and TV series! 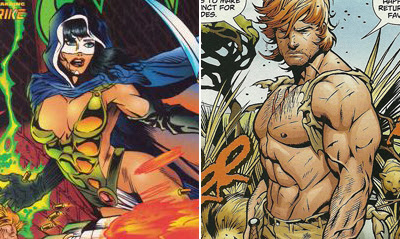 7) MANTRA (Mantra - Ultraverse) The flagship heroine of Malibu's Ultraverse was a kick-ass transgender of sorts - drawn by Terry Dodson! Eternal warrior Lukasz, is reincarnated one last time - as a woman. Her only ally, the man who killed him in the first place.

6) CATMAN (Secret Six - DC) One of the most unpredictable on a team of unpredictables, Thomas Blake is as protective of wild beasts as he is his own son. Writer Gail Simone stated Catman was written as bisexual, having had a cool 'bromance' with fellow Sixer, Deadshot.

Who are the top five 'other LGBT characters in comics?  Click through to the next page and find out!


5) PIED PIPER (The Flash - DC) Pied Piper was a rouge, until Wally West reached out from behind his mask to help him turn his life around. Offside with his parents, the police and the most of the twin cities heroes and villains, Piper consistently tries to change his ballad of a life into something more uptempo. 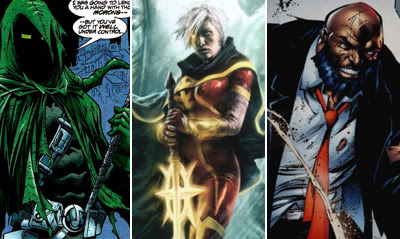 4) PHYLA-VELL (Guardians of The Galaxy - Marvel) Daughter of Mar-Vell and Moondragon's lover, whether she is Captain Marvel, Quasar or Martyr, Phyla-Vell is the galaxy's most dangerously powerful woman! 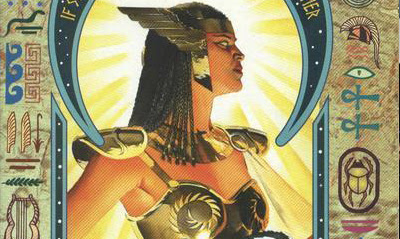 3) PROMETHEA (Promethea - Wildstorm/ABC) From writer Alan Moore's America's Best Comics imprint, Promethea, the demi-goddess of creation, has lived inside the bodies of various hosts throughout time. While her modern day host, Sophie, is frequently named a lesbian by her best friend Stacia, in the past, gay comic book writer and artist William Woolcott served as a host body. As the heroine, he dated FBI Agent Dennis Drucker, who after learning his partner was actually a man, killed him.

1) KAROLINA DEAN  (Runaways - Marvel)
At first I thought it was a bit naff making a character whose powers light them up like a rainbow a lesbian, but if anyone writes Karolina off as simply that, they are missing one of the greatest characters in writer Brian K Vaughan's hit-smash Runaways.

Struggling with the heritage of her super-villain alien invader parents, 'K' still manages to be a free-spirit and the newfound family's peace-keeper of sorts. 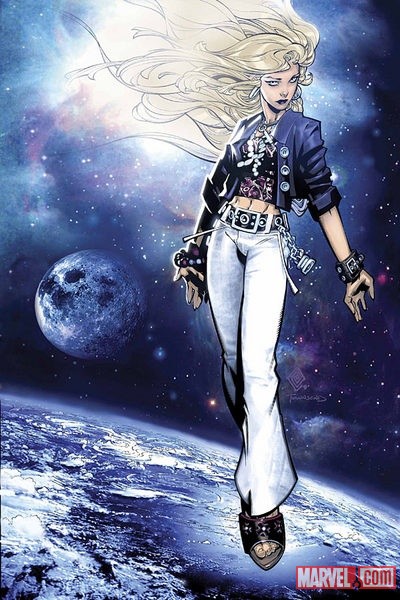 What do you think?  Grace Choi? Brain? Scandal Savage? Who do you think comics' other Top 10 LGBT characters are?
Posted by IADW at 8:00 pm