I don't know about you, but each time I watch 1987 film RoboCop, I feel the creative team were a little taken with writer/artist Frank Miller's '86 comic, The Dark Knight Returns. Mostly due to the little news bulletins which drop in-between scenes in a similar fashion. 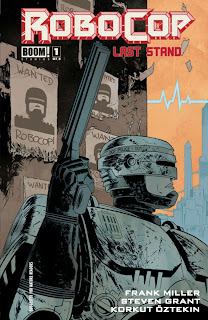 Miller wrote a screenplay for Detroit's infamous defender, one that never made it to the big screen. Finding that wrong too big to leave un-rightened, BOOM! Studios have adapted it into a comic, with the first issue out this week.

Adapted by Steven Grant, with art by Korkut Öztekin, Miller's vision tells of a police force disbanded, citizens evicted from their homes, with ED209's and OCP officers running the streets. With Delta City looming large, through brains, guts and bullets, the time for RoboCop's last stand is now (click to enlarge). 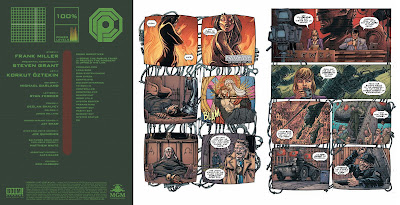 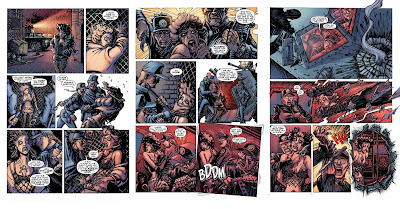 What do you think?  Be sure to get your copy, in stores today!
Posted by IADW at 8:00 pm