SWEET AS: The Best From DC Comics' November 2013 Solicitations

When we Kiwis find something we like, we say it's 'Sweet as'. From the crossovers of the Forever Evil kind to tie-ins of the Batman: Zero Year variety, when I'm looking at the best and new releases from DC Comics for November 2013, these comics make the 'Sweet As' grade: 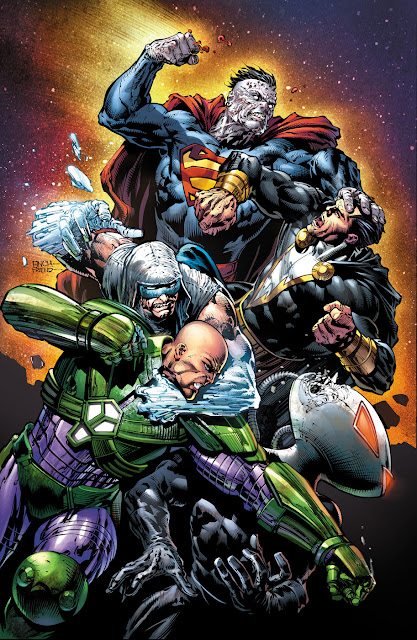 Okay so a Finch drawn Lex decking Black Manta is a winner in any language, but it is the colours that really make this thing pop - I don't think there is one Crayola left unused!

DC says: The first universe-wide event of The New 52 continues to explode across the DC Universe! With the world under the rule of the mysterious and deadly Crime Syndicate and our greatest heroes dead, it's up to the unlikeliest of defenders to rise up to save us -- humanity's only hope -- Lex Luthor?!

Plus, a startling revelation about the dark secret of the Syndicate's mission on Earth -- and what it means for the future of the DC Universe and its heroes and villains.

One of the best ongoing series of the DC 52 Universe ups it's game in this extra-sized issue (remember when all issue #25's were extra-sized?)!

As all the plot threads of Death Of A King come to a head, the Aquaman universe gets expanded and flipped on it's head, ready for an all-new era of greatness! 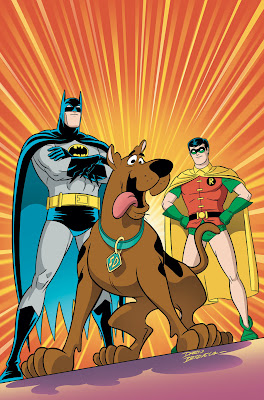 Scooby and gang are on the trail of the mysterious Man-Bat, but a certain 'Dynamic Duo' are already on the case, in this new bi-monthly series!

As Man-Bat imitators meet the deadly real McCoy, look for this great read from one of the best unsung writers in comics, Sholly Fisch! 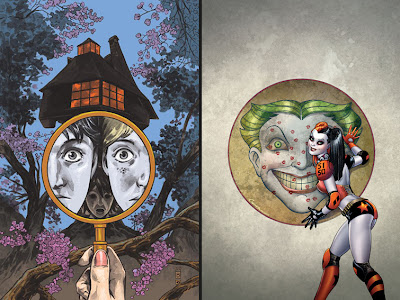 DEAD BOY DETECTIVES #1
(W) Toby Litt (A) Mark Buckingham and Gary Erskine
From the pages of Sandman, The Dead Boy Detectives head back to solve their own deaths, and meet tech-savvy dead detective, Crystal, with her own strange link to the afterlife! (Mature Readers)

What do you think?  For the full list of DC's November 2013 solicitations, click the jump!
Posted by IADW at 6:28 am