SWEET AS: The Best From IDW Publishing's November 2013 Solicitations

When we Kiwis find something we like, we say it's 'Sweet as'. From the Transformers crossover Dark Cybertron to the debut of Ben 10, when I'm looking at the best and new releases from IDW Publishing for November 2013, these comics make the 'Sweet As' grade:

COVER OF THE MONTH:  PHIL JIMENEZ 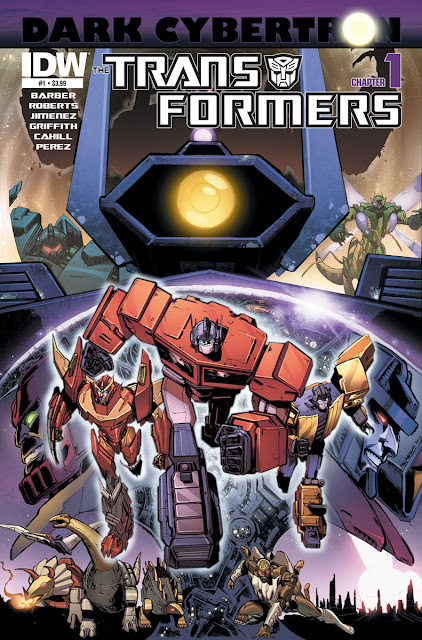 IDW say: THE END OF EVERYTHING! Shockwave makes a move millions of years in the planning--an ultimate plan to remake Cybertron and destroy both the Autobots and Decepticons!

MR. PEABODY AND SHERMAN #1
(W) Sholly Fisch (A) Jorge Monlogo
The world's smartest individual who happens to be a dog, Mr. Peabody, and his son Sherman, travel through history for the first time! 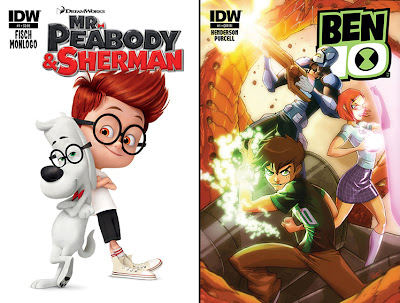 THE MAXX: MAXXIMIZED #1
(W) Sam Kieth, William Messner-Loebs (A) Kieth
Re-mastered (with new scans of the original art) with revised coloring, overseen by Kieth, The Maxx tells the story of a homeless person who moves between our reality and "The Outback," a heroic fantasy realm. 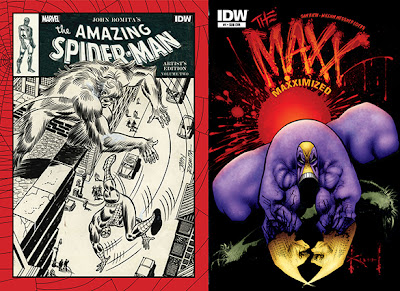 DOOMSDAY.1
(W and A) John Byrne
The Earth may have dodged a bullet on 12/21/2012, but there are worse things in store. Seven adventurers aboard the International Space Station watch as most of the world is decimated. Their only choice; return and face whatever awaits them!

THE CROW: CURARE
(W) James O'Barr (A) Antoine Dode
Retired policeman Joe Salk lost his wife as he couldn't let a little girl's murder go. Now completely alone, he just might be helped by the victim, returned and empowered by the spirit of vengeance, the Crow. 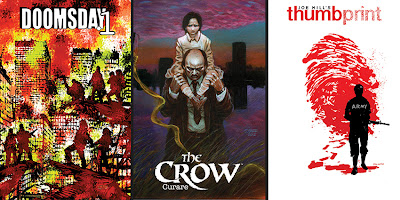 THUMBPRINT BY JOE HILL HC
(W) Joe Hill and Jason Ciaramella (A) Vic Malhotra
Private Mallory Grennan did terrible things as a prison worker. After being discharged from the army, Mal thought she was leaving her sins behind. But some can't be left behind and some don't want to be.

G.I. JOE: FUTURE NOIR
(W) Andy Schmidt (A) Giacomo Bevilacqua
The hi-tech G.I. JOE team is young at heart, while COBRA is more sinister than ever! With Japan at stake, the JOE's have to overcome the odds in 120 pages of pure black and white action!

DUNGEONS AND DRAGONS: CUTTER
(W) R.A. Salvatore and Geno Salvatore (A) David Baldeon
Tierflin and Doum'weille are siblings, competing for the bloodthirsty sword Khazid'hea--the Cutter! As their father goes to choose his heir, the sword decides to have an opinion.

What do you think?  For the full list of IDW's November 2013 solicitations, click the jump!
Posted by IADW at 8:00 am