SWEET AS: The Best From Image Comics' November 2013 Solicitations

When we Kiwis find something we like, we say it's 'Sweet as'. From The Walking Dead storyline All Out War to writer Joe Casey's Godland Finale, when I'm looking at the best and new releases from Image Comics for November 2013, these comics make the 'Sweet As' grade: 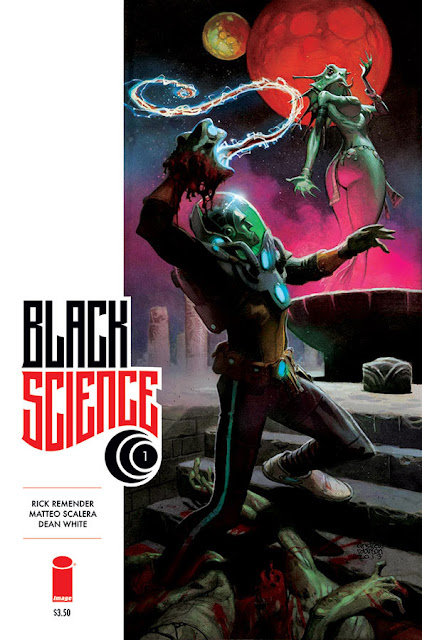 Everything about this book screams 'Great comic'. From it's creative team to cover design, logo to that mer-woman and the guy using her kin's head as a torch. Creative, creative stuff.

Image says: Grant McKay, former member of The Anarchistic Order of Scientists, has finally done the impossible: He has deciphered Black Science and punched through the barriers of reality. But what lies beyond the veil is not epiphany, but chaos.

Now Grant and his team are lost, living ghosts shipwrecked on an infinite ocean of alien worlds, barreling through the long-forgotten, ancient, and unimaginable dark realms. The only way is forward. The only question is how far are they willing to go, and how much can they endure, to get home again?

Join writer RICK REMENDER and the superstar art team of MATTEO SCALERA & DEAN WHITE for this face-melting science fiction epic spanning the lifetimes of a cast of dimensional castaways lead by the man who caused it all. 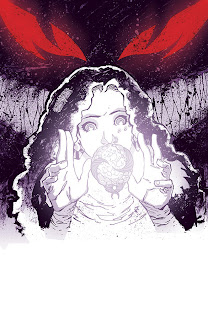 In this dark fantasy, young thief, Rascal witnesses the murder of the royal family — now the world's dark legends will be relived, and only Rascal knows it's happening! An extra-sized issue for $2.99!

PROTECTORS, INC. #1
(W) J. Michael Straczynski (A) Gordon Purcell
Protectors Inc: Heroes without anything or anyone to fight...until one of them is murdered by someone with equal powers. Lieutenant Detective John Riley's investigation will take him into a dangerous world, one far beyond his capacity to survive. 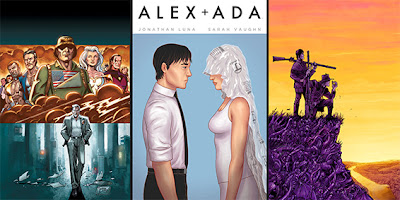 ALEX + ADA #1
(W) Jonathan Luna and Sarah Vaughn (A) Jonathan Luna
The last thing in the world Alex wanted was an X5, the latest in realistic androids. But when Ada is dropped into his life, will he keep her?

MANIFEST DESTINY #1
(W) Chris Dingess (A) Matthew Roberts and Owen Gieni
In 1804, two men set out to explore the uncharted West American frontier. This is the story of what they found lurking in the wild. 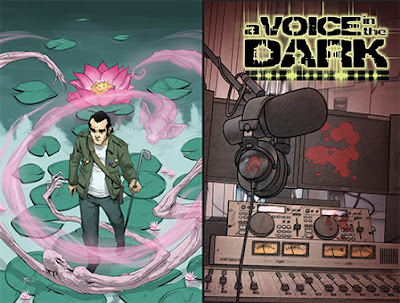 STRANGEWAYS #1
(W) Alex Link (A) Riley Rossmo
When visions drive a paranormal detective to South Dakota, he finds himself up against flesh-hungry bog-men, his ex-girlfriend, their mutual ex-werewolf girlfriend, and a demon that’s stolen his psychedelics.

A VOICE IN THE DARK #1
(W and A) Larime Taylor
It’s been 72 days since Zoey killed someone. Eager to start a new chapter of her life, in control of her dark urges, Zoey hosts her college's late-night radio show. Only she may have just given voice to something far more troubled than her callers.

What do you think?  For the full list of Image's November 2013 solicitations, click the jump!
Posted by IADW at 8:00 pm