SWEET AS: The Best From Marvel Comics' November 2013 Solicitations

When we Kiwis find something we like, we say it's 'Sweet as'. From new writing teams on both Fantastic Four and FF, to Infinity and beyond (hey, someone had to say it), when I'm looking at the best and new releases from Marvel for November 2013, these comics make the 'Sweet As' grade: 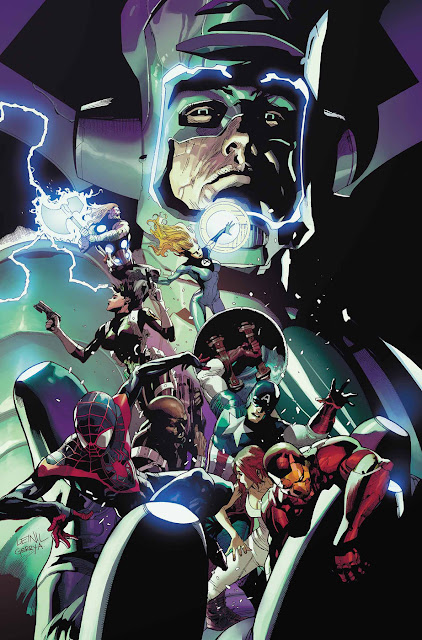 When is Galactus on a cover more than it's usual truck load of awesome? When he's drawn by Leinil Yu. Of course. Silly me.

Marvel says: Written by Brian Michael Bendis and drawn by Mark Bagley, Galactus steps through into the Ultimate Universe and hungers!

His run on Wonder Woman for DC and Marvel's New X-Men with writer Grant Morrison are still masterclasses in comic detail and action.

Now Jimenez takes the comic version of 'the best there is at what he does' and pits him against a killer in Africa, one that takes Wolvie back to the equally dangerous streets of Madripoor looking for answers! 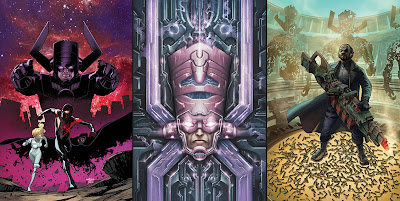 CATACLYSM: THE ULTIMATES LAST STAND #1 (As above)

CATACLYSM: ULTIMATE SPIDER-MAN #1
(W) Brian Michael Bendis (A) David Marquez
Has Miles Morales become Spider-Man once again only to lose his world? Not if Cloak, Dagger and Spider-Woman can help it!

CATACLYSM: ULTIMATES #1
(W) Joshua Hale Fialkov (A) Carmine Di Giandomenico
Nick Fury has defied the odds all his life and is no stranger to extinction level events - now he faces the masterclass in both!

MARVEL KNIGHTS: X-MEN #1
(W/A) Brahm Revel
The Marvel Knights relaunch continues with Wolverine, Kitty and Rogue, rescuing new mutants from being murdered in a small backwoods town where their help is not as welcome as you'd think.

LONGSHOT SAVES THE MARVEL UNIVERSE #1
(W) Christopher Hastings (A) Jacopo Camagni
In the sights of a 'Lucky' killer, X-Man Longshot, is hunted by super-heroes, villains, S.H.I.E.L.D. and cosmic entities alike!

PAINKILLER JANE: THE PRICE OF FREEDOM #1
(W) Jimmy Palmiotti, (A) Juan Santacruz, Sam Lofti
Painkiller Jane is back, protecting a Saudi Arabian princess in NYC from a number of people who want her dead! Plus a 10 page back-up story! 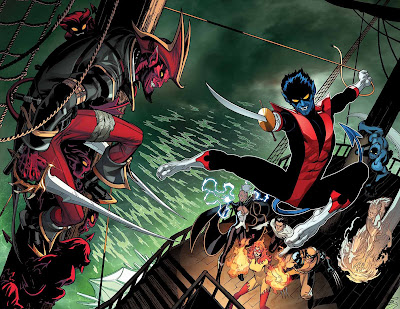 
What do you think?  For the full list of Marvel's November 2013 solicitations, click the jump!
Posted by IADW at 6:45 am