When we Kiwis find something we like, we say it's 'Sweet as'. With Valiant that's pretty much their whole range. An affordable, concise universe (all comics are $3.99), picking a few highlights and leaving others out is just wrong. Hence why here are their full solicits for November 2013, they really do define the 'Sweet As' grade: 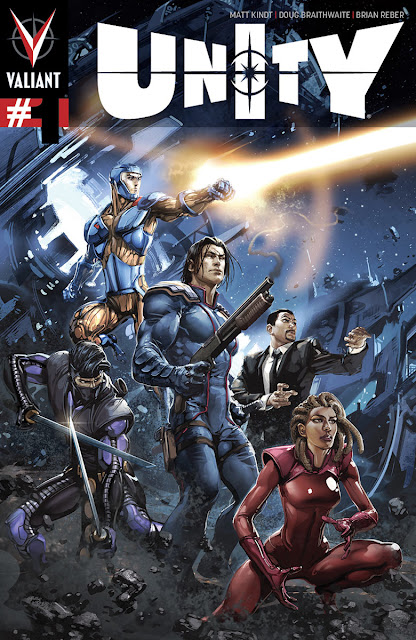 To kill a king, he has created an army.

The world's most dangerous man, Toyo Harada, has been struck by the one thing he never thought possible -- fear. Halfway across the globe, a new power threatens to topple modern civilization and, to preempt the cataclysm that is to come, Harada will unite the most lethal, most volatile, most unforgiving team the world has ever known -- Unity. Their mission: defeat the warrior king armed with the universe's most powerful weapon. Kill X-O Manowar!

X-O MANOWAR #19
(W) Robert Venditti (A) Cary Nord
All-new jumping-on point! Aric of Dacia has fought to reclaim the ancestral lands of the Visigoths -- and he has bled for it. But nothing he has faced before can prepare him for the combined might of Unity!

QUANTUM AND WOODY #5
(W) James Asmus (A) Lee Garbett
All-new jumping-on point! All-new...problems? What do you do when the most annoying person in your life is also the only thing keeping you alive? You move in with him! And his goat. And his barely legal clone girlfriend. 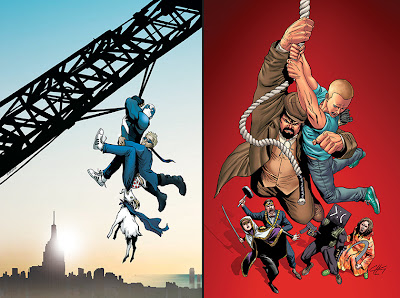 ARCHER and ARMSTRONG #15
(W) Fred Van Lente (A) Khari Evans
Now that the Sect Civil War has begun, it is now a "grim" and "gritty" work of "sequential literature" with blood and headshots and naughty words and if you squint real hard at the backgrounds, maybe boobies.

The Dark Archer must find his former partner Armstrong so they can reunite to stop the Sect Civil War. 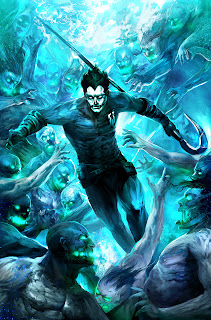 SHADOWMAN #12
(W) Ales Kot, Christopher Sebela and Neil Dvorak (A) Clayton Crain, Mico Suayan And Neil Dvorak
An all-star anthology of Shadowman tales from the Deadside and beyond! Three chilling Shadowman stories that push the outer bounds of the world of Shadowman further than ever before!

BLOODSHOT AND H.A.R.D. CORPS #16
(W) Christos Gage and Joshua Dysart (A) Emanuela Lupacchino
H.A.R.D. Corps has just experienced its first fatality. Bloodshot is severely weakened. He and Charlie are at each other's throats. And the new rookies are a mess. It would be suicide to take on Harada now...so that's exactly what they'll do.

ETERNAL WARRIOR #3
(W) Greg Pak (A) Trevor Hairsine
Hungry for glory as the new Fist and Steel, the Eternal Warrior's daughter Xaran has started a war between the mysterious Houses that rule the world. Now, as Gilad struggles to contain his daughter's savage nature, two generations of Eternal Warrior race after the answers that lie between science and myth, rumor and legend, conquest and defeat.

HARBINGER #18
(W) Joshua Dysart (A) Barry Kitson
Scattered across their own mental landscapes, each one of the remaining Renegades must quest to unite with the others or be lost forever inside themselves. It will take courage, strength, imagination and an unwavering belief in one another if they're going to discover the dark truth behind their Perfect Day.

What do you think?  For Valiant trade paperbacks available in November 2013, click here. 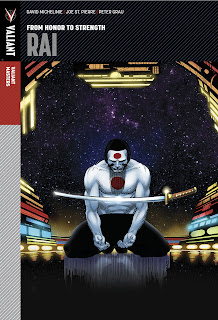 4001 A.D. - Tohru Nakadai is the 42nd Rai, the spirit guardian of Japan. Infused with the energy of his ancestors and dedicated to the way of the samurai, Rai is sworn to the service of Grandmother -- the personified artificial intelligence that governs the island nation of Japan. For forty generations Grandmother's benevolent dominion has endured, but in the wake of her sudden disappearance, Rai will become all that stands between his nation and all-out chaos. As humanist factions war with mechanist loyalists for control of the future, the masterless Tohru is about to become the first Rai that must choose for himself how best to defend his people, his family, and his honor. 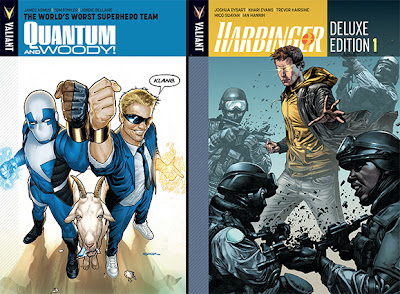