THE TRASK AT HAND: X-Men Days Of Future Past Viral Site Spreads The Propaganda 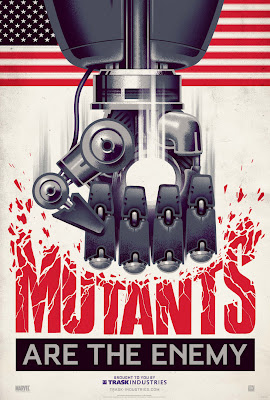 With the after-credits scene of The Wolverine setting the fuse ablaze, Fox has launched a viral site for upcoming fellow blockbuster X-Men: Days of Future Past.

In the guise of a site for Sentinel creators Trask Industries, it offers some pretty sweet info on the history of the corporation and propaganda, like the posters featured in this post, about how they are humanity's best defence against the growing mutant threat. 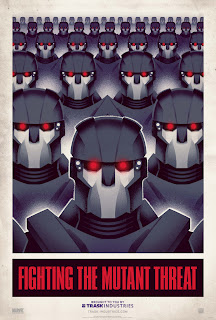 Listing 'premature balding' in males as a 'low effect mutation', the site is not without it's humour either. While New Zealand according to their map seems to be pretty mutant free, other places don't fare so well, from a threat the site claims will eradicate mankind by 2030.

A rundown on the capabilities of the Sentinels is offered, including a look at a mutant detection device and those infamous inhibitor collars from the comics. But what Trask Industries really offers you and your loved ones, is best summed up in this handy promotional vid;

What do you think?  To visit the viral site for yourself, and get the background on the threat big enough to unite two generations of mutants, click the jump.
Posted by IADW at 8:00 pm