THE WITCH AND THE RACCOON: Marvel Studios Close In On Key Role Actors 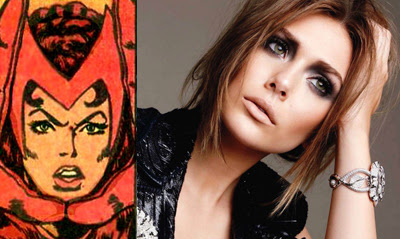 If you've been working your hex powers to the limit trying to alter or predict the possibility of your favourite actress landing the role of the Scarlet Witch in Marvel Studios upcoming sequel, The Avengers: Age of Ultron, chances are you'll want to read this. THR has confirmed Elizabeth Olsen (younger sister to Mary-Kate and Ashley) is in final negotiations for the role, after Saoirse Ronan passed on the offer.

Olsen has just finished filming Godzilla opposite Kick-Ass 2 star Aaron Taylor-Johnson, so with Aaron the outside favourite for the role of Quicksilver in the Avengers film, the fictional brother and sister will already have a working relationship and chemistry to build off. 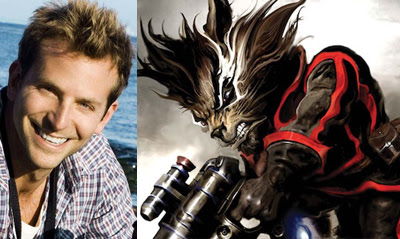 The same article pegs Bradley Cooper has started early talks to voice Rocket Raccoon in Marvel's other upcoming team blockbuster, Guardians of The Galaxy. My original pick to play Hal Jordan in Green Lantern, due to his natural swagger, Cooper would bring the right amount of humour and potty mouth to the feisty fighter, with Vin Diesel the main candidate to voice the Guardians other CGI castmate, Groot.