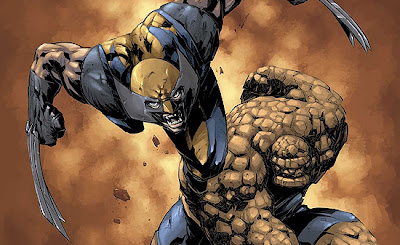 Is your fanboy (or fangirl) big-screen movie dream seeing The Thing make a 'fastball special' out of Wolverine? Or Shadowcat and the Invisible Woman comparing powers while taking out an army of skrulls? Storm whetting Human Torch's mojo on a date? Or perhaps Mr Fantastic and Beast creating an Ultimate Nullifier?

Well, it seems those prayers just got a shot of possibility injected into them, with SFX asking comic creator and Fox's creative consultant, Mark Millar point blank, if the X-Men and Fantastic Four movies would crossover. Here's his response; 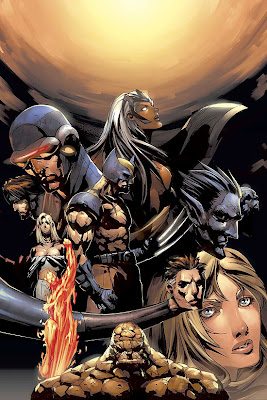 “Without question I think you have to see some of these guys showing up in each other’s movies. I think the most exciting thing in superhero movies, until The Avengers came along, was when Nick Fury showed up in Iron Man. Even though it was a guy with an eye patch it was really cool – and I expect we will see more of that.”

Hopefully the remade Fantastic four movie gets to stand on it's own feet first, and establish itself as a franchise in itself first, but after that, this confirmation opens up some seriously cool possibilities. Even a Secret Wars of sorts!

The next X-movie is X-Men: Days of Future Past set for May 23, 2014, while director Josh Trank (Chronicle) is rebooting The Fantastic Four, with a March 6, 2015 release in mind.