Cover Run celebrates the awesome work of cover artists even the best comic pencillers don't mind stepping aside for. This edition, it's the archer of the moment, Green Arrow, and the man who was making him look good long before Stephen Amell, painter Mauro Cascioli. 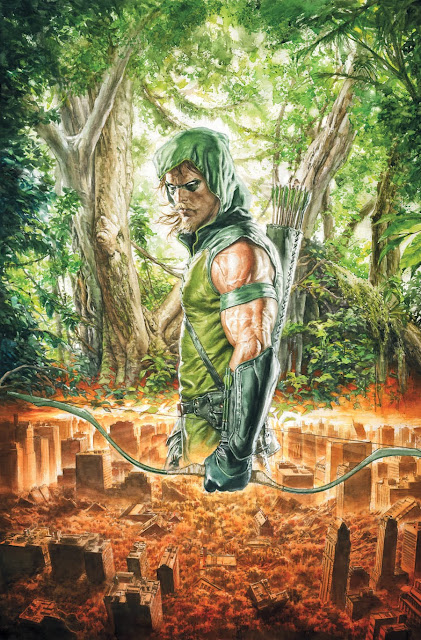 Mauro's insanely detailed painting above, for the first issue of Ollie's fourth series, has been my mobile phone wallpaper for so long I think I've forgotten how to change it. That makes Cascioli's current absence from any comic publisher's artistic rifle range even more of a baffling mystery. Who doesn't want to see their favourite heroes and villains rendered in this much awesomesauce? 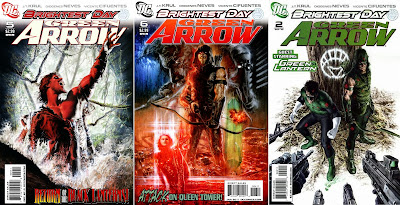 The Buenos Aires born superstar's covers AND interiors were the best parts of the apocalyptically bad Justice League Cry For Justice DC mini-series, and he has also worked on the likes of Rolling Stone Argentina, Batman, Warcraft, Wolverine and even Marvel's Mystique. Mauro on Mystique? Now that's a project I want to see! 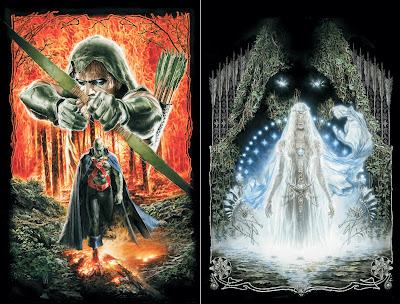 I love the contrast between these two. Martian Manhunter walking out of the inferno calmly and just as tempered, the Lady of the Forest, rising from the water. Like two perfectly painted bookends, they make agreat pair. Make sure you click to enlarge!

I can't have been the only one thinking Mauro made a good pairing for the Archer too, while his initial run only lasted a mere eight issues, as the title merged into Green Arrow and Black Canary, DC brought Cascioli back to cover the series' two Rise and Fall tie-in issues, with just as impressive results. 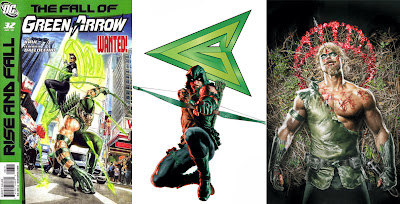 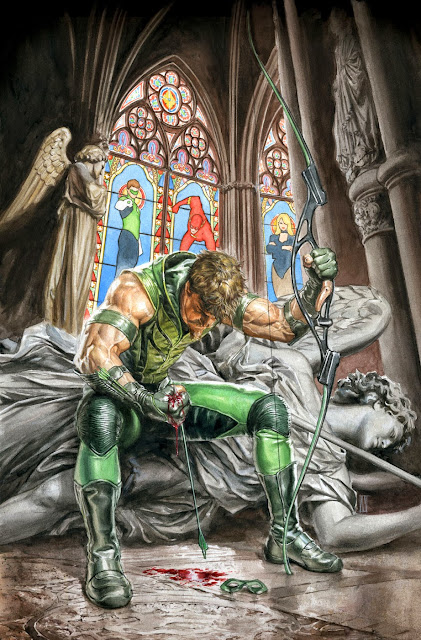