DEAD OR ALIVE, YOU'RE COMING WITH ME The First Trailer For The New Robocop 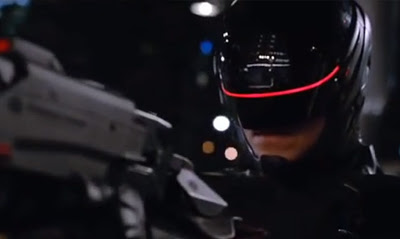 It's about damn time. The first trailer for Sony's remake of RoboCop has finally arrived. Net feedback is already divided but hey, I'm likin' what I see so far. The original, which is one of my favourite films of all time, gets homaged just enough to form a legacy, while still taking on enough new to be exciting.

One change rubs my undies the wrong way, but hey for now I'm just excited to see where it goes. Joel Kinnaman does a decent job as Alex Murphy, Michael Keaton is brilliant in the CEO spot and I mean, when isn't Samuel L. Jackson or Gary Oldman great in anything they touch?


Quite chunky for a first trailer isn't it? Also on Apple in HD, I dig that they explain the change from grey Robo to black. Plus with an open date of February 7 2014, you can fork out to see it four or five times, before you have to worry about buying flowers and chocs on Valentines Day. Bonus!