Last Sunday, we saw how one dude had his chest inked out in fan support of The Punisher. Well, if there's one guy who can kick arse and take names better than Frank, it's Erik Lensherr, aka Magneto.

Able to rip a Sentinel in two with a blink, hold whole armies at bay with a thought and create cities on asteroids, he's got to have a few equally die-hard supporters right? Oh yeah, he does... 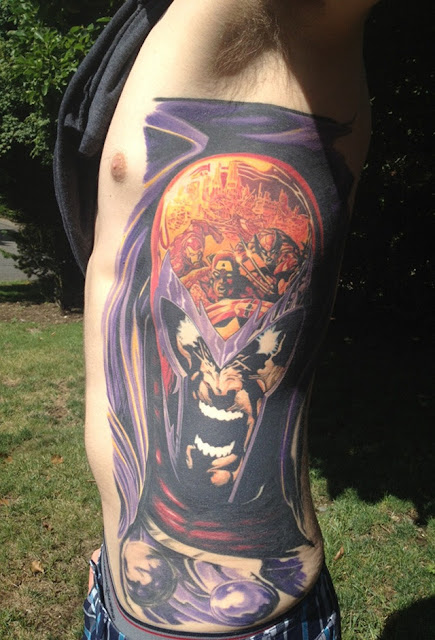 Redditor KevvCo may've just stepped out for milk when he decided to get this beastie, inspired by Mike Deodato's cover to The New Avengers #20, but you have to admit the finished product is more than a glass and a half of full mutie goodness.

An attractive tattoo in and of itself, the Master of Magnetisim was inked by Jose Camarillo at All Hope Aside Tattoo in Federal Way Washington.