MAKING A MARK: Nate Hallinan - Turning The X-Men Medieval With The Order Of X

Making A Mark gives an insanely talented artist some IADW brag-space. Today goes to Nate Hallinan, a digital artist who has not only decided to revamp the stars of Marvel's X-Men in a medieval era, he has created miniature backstories to make his series of images one giant cohesive world! Check this out; 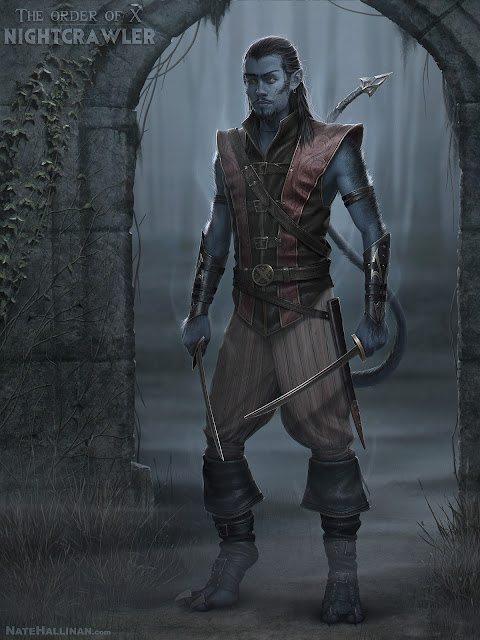 The elve of the bunch, Nightcrawler proves just as much of a swashbuckling natural as his comic based counterpart! On his personal website, Nate goes on to give fans an inside glimpse at the three final costume concepts that lead to the final image. Trust me, he is just as good with the pencil, as he is with his software! 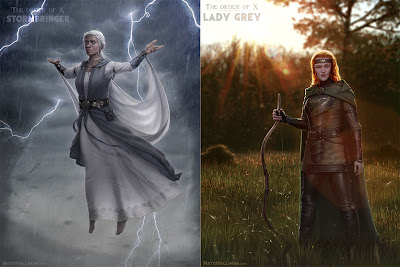 Is it me or is that 'Stormbringer' the most regal the tempest temptress has looked in a long time? With the two remaining creations currently planned being Wolverine and Xavier, Lady Grey really helps round out the team nicely. I dig the Phoenix touch on her armour too! Speaking of the founding X-Men... 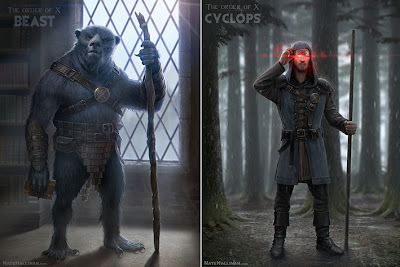 Beast is a natural adaption, yet surprisingly so is Cyclops - these sketches almost makes you wish Marvel did do a medieval series. As Nate himself says "Prejudice and discrimination were rampant in our history. Being a darker and less civilized time, fear and hatred ran deeper making it an interesting setting for the X-Men. The task to protect and defend the ‘gifted’ would be near insurmountable." 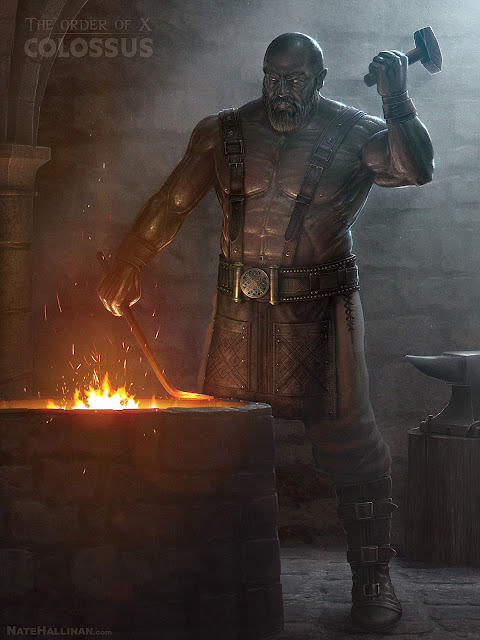 God I hope Archangel gets a look in, Chamber... the list just goes on.

What do you think?  To see Nate's amazing concept sketches and imagery, visit his website here, for the backstories, visit him here, or to say 'great stuff!' on Facebook, find him here.
Posted by IADW at 8:00 am