From labels on Vodka to Omega Red and The Soviet Star, everything that's infamously red about Russia is about to sliced and diced by a new crimson icon from within the nation's borders, cosplayer David Samych, as Carnage. 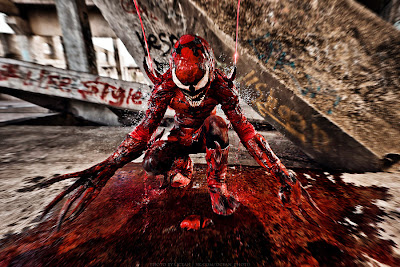 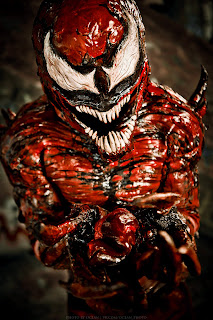 Make sure you click to enlarge these folks! Photographed by Dasha as part of her Black Cat vs Carnage series, the detail on David's costume is just intense. Look at the way those teeth fold in to the symbiote's mouth - no wonder he uses the cosplay handle 'The Awesome Spin'!

Having a variety of Spider-Man suits also in his arsenal, it isn't hard to guess what corner of the Marvel Universe has his heart. Cosplay this good can only spawn more 'symbiote' fans of its own.