It's the end of the month, so it's a bumper edition of Now Comes The Cosplayer, and who better to kick things off with, than a guy who's more 'Blade' than Wesley Snipes? 'That can't be done' says you, 'Ohh but it can' says I... 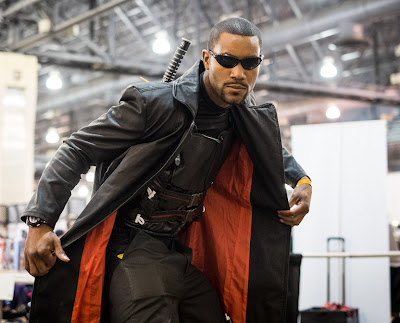 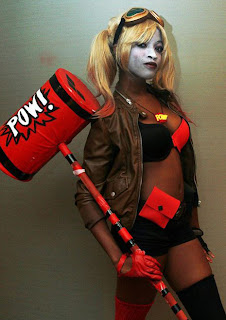 Told ya! Hey Marvel! Can we get Blade back into his own series now? The guy has had three movies and an animated series, but no comic on the market. How does that even work?

Speaking of folks getting their own series, this Harley Quinn cosplayer goes to prove no lady is truly ready for a night on the town until she has her mallet. The pow necklace is a great touch too - this Quinn doesn't need no Mistah J to be awesome! 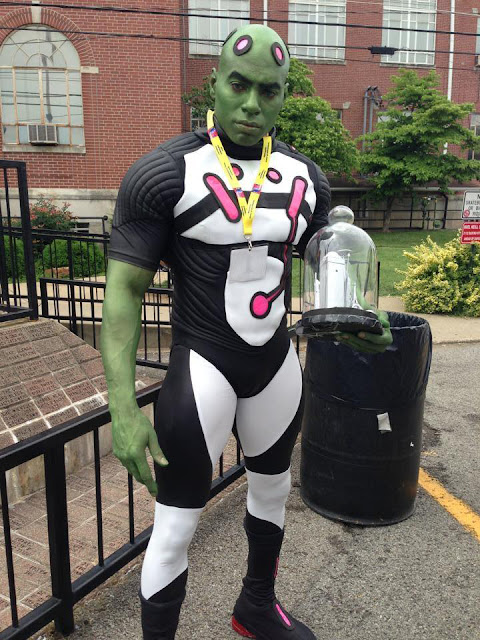 When it comes to romance, ain't that always the way. Like Brainiac here, you take a bottle of something nice around to your partner's house, but because you forgot the flowers, they leave you standing outside. It's enough to make you want to overthrow the earth!