Cosplay, like any reason to chuck a zoot suit on, is all about the accessories. When it comes to bringing the best in pop culture to life, that don't mean earrings and watches. It means swords. BIG swords. In fact the only thing cooler in sci-fi are killer robots, but hey, cosplay has that covered too. 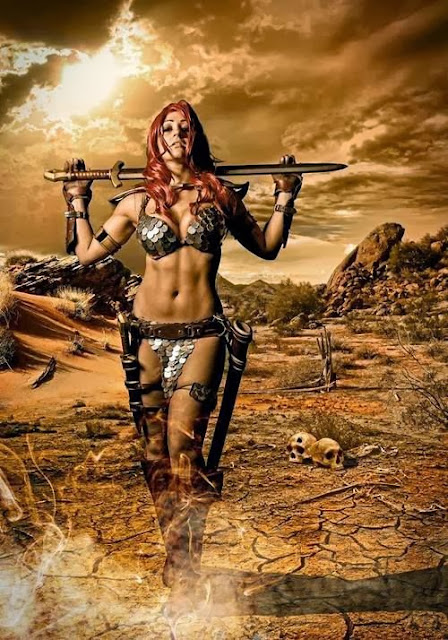 Red Sonja is going great guns in her own comics over at Dynamite at the moment, and while I'm not 100% sure the flames at her feet are needed, this shot by Infinities Edge Studio of Tabitha Lyons as the iconic warrior woman, is like a movie poster waiting to happen! 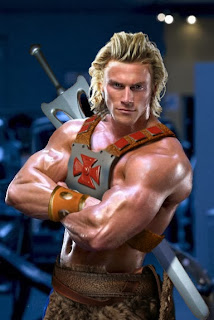 Not to be outdone, what 80's kid didn't raise a stick or broom in the air at some point and yell 'I have the power!' Heck I think I even did it once or twice with the vacuum pipe mid-housework!

This guy wins hands-down for being the best incarnation of Eternia's mightiest champion I have ever seen. He literally looks like you've always thought He-Man should. Photoshop a Battle-Cat in the background and forget it, no one would call the 80's cheesy ever again.

Now for the killer robot... 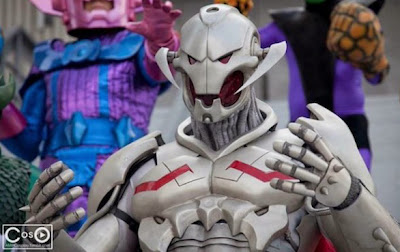 No hunk of metal is hotter right now than Ultron. He's the human life hating machine ear-marked to be the big bad of The Avengers movie sequel, and those special effects artists have had the bar set for them by cosplay artist king, Ryan Ricks.

Worn to this year's Dragon Con, Ryan did a Hank Pym and crafted this beast almost entirely from scratch. Molding and painting each piece to ensure it met his vision. It even includes light-up eyes and throat! 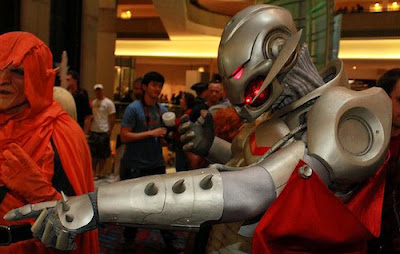 To see a vid of Ultron in action, click here.