I always knew there was something more important than math for a school curriculum. The University of California Irvine is now offering an eight week zombie survival course, using hit Image comic The Walking Dead as it's foundation. 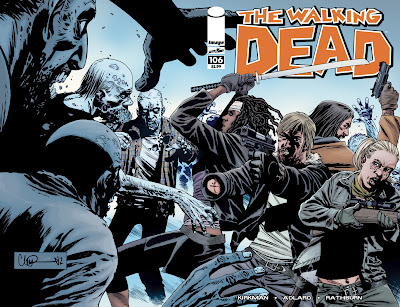 Just as news comes AMC are creating a second spin-off TV show not tethered to the Walking Dead comic continuity, this course steps up to show a University truly preparing students for any potential future.

Sure you could just re-read The Walking Dead and save, but why read alone, when you can relax in a classroom of fellow post-apocalyptic preparing folk, and study subjects such as;
ARE squirrels really good for you? Has this ever been a question? KFC has been making a living off their meaty bones for years! While the course fails to research it's own subject and says it is based of the AMC show, with no nod to it's comic book roots, it hopes to equip students with such skills as how to describe the spread of infectious diseases.

Heavy stuff. What they don't tell you is the head of the class gets to choose which class member gets handcuffed to the roof and used as bait... but it's in the fine print.

What do you think?  For more details or to apply, click here.
Posted by IADW at 6:00 am