Detroit Lion, Israel Idonije usually helps block touchdowns, but now he's turning his passion into achieving one on a different kind of sportsfield, comics. The goal? Creating the first successful crossover between the worlds of super-heroes and sports. 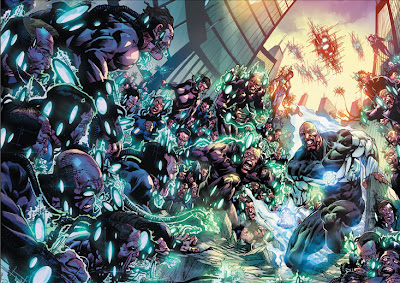 The prequel issue is already available online for free here, #0 hit at C2E2 and issues #1-5 are lined up for the Fall. Featuring a team of athletes who learn they are blessed with more than just exceptional sporting skills, The Protectors steps foot into an adventure of cosmic proportions, yet one with a street level motive.


With the project he first thought of in 2007 approaching game-time, Idonije won't be appearing in The Protectors. For him, it is not an ego-based project, but rather another chance to do good in the community, get people into reading and give fans new fantastic challenges to escape into and draw inspiration from. 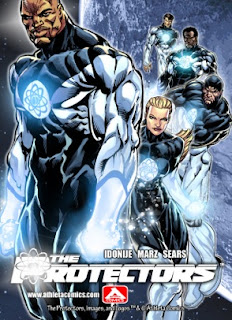 Helping that play it forward mentality is the fact a percentage of net sales from The Protectors goes to both public libraries and the HERO Initiative.

With his Israel Idonije Foundation working to help underserved communities through social and emotional development, Idonije says “I hope this project will serve as an inspiration to anyone who desires to achieve something. Regardless of who you are, if you have an idea, you can achieve it.”

What do you think?  Visit the Athleta Comics website for full character bios, the free prologue and the inside scoop on the action ahead. Also, check them out on Facebook and Twitter.
Posted by IADW at 8:00 am