SWEET AS: The Best From DC Comics' December 2013 Solicitations

When we Kiwis find something we like, we say it's 'Sweet as'. From a new writer for Aquaman to more Forever Evil than even the surgeon general can recommend, when I'm looking at the best and new releases from DC Comics for December 2013, these comics make the 'Sweet As' grade: 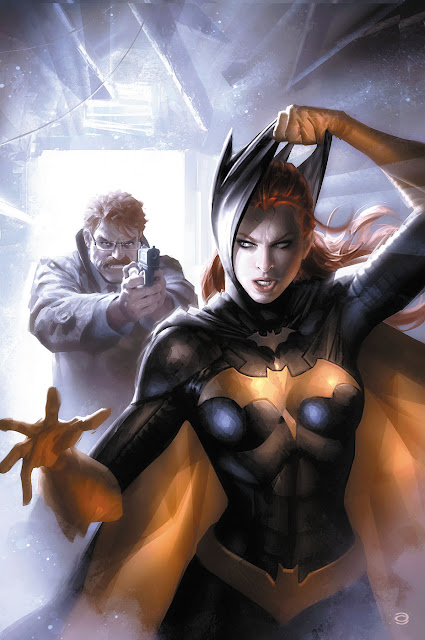 When covers nail those genuine comic 'OMG' moments, you can't help but pick it up. This one will be used in art schools to teach just that.

DC says: The conclusion to Batgirl: Wanted! Can Barbara save her father's life without compromising the truth about her brother's death? (W) Gail Simone (A) Fernando Pasarin and Jonathan Glapion.

The Outsiders War begins here! Oliver Queen tracks the Outsiders' base, but first he returns to his 'homeland': The Island! Secrets revealed, new villains debut, and a mind-blowing final page all in one issue! 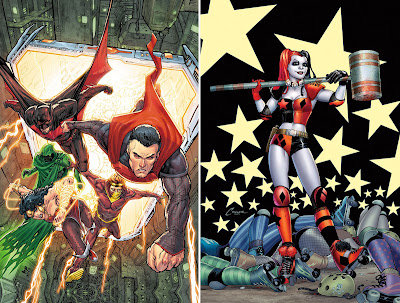 JUSTICE LEAGUE 3000 #1
(W) Keith Giffen and J.M. DeMatteis (A) Howard Porter
Resolicited, with a new art team. What are today's heroes doing in tomorrow and better yet, who brought them there? 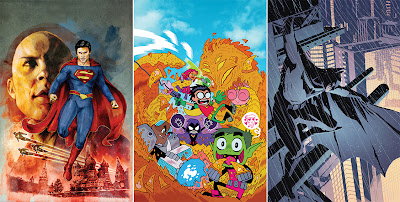 SMALLVILLE ALIEN #1
(W) Bryan Q. Miller (A) Edgar Salazar and Dym
Has a Monitor fallen from space? Superman races Lex to find out in this new Smallville miniseries!

TEEN TITANS GO! #1
(W) Sholly Fisch and Merrill Hagan (A) Ben Bates and Jorge Corona
A new series based on the all-ages TV show hits! Robin, Starfire, Beast Boy, Cyborg and Raven create as much mayhem as they do justice - even against giant pizza monsters!

In "Without Sin," a disfigured body leads Batman to suspect one of his oldest foes, while in "Dr. Quinn's Diagnosis," Batman interrogates Harley Quinn, who might reveal her puddin's secrets...if Batman agrees to one strange demand.

What do you think?  For the full list of DC's December 2013 solicitations, click the jump!
Posted by IADW at 7:00 am