SWEET AS: The Best From Dynamite Entertainment's December 2013 Solicitations 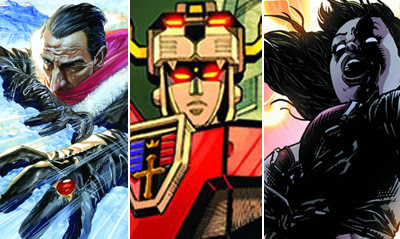 Dynamite is a new publisher to 'Sweet As'. The home to icons the breadth of pop culture, from Voltron to Vampirella, this space salutes the pulp heritage the company protects and nurtures.

When we Kiwis find something we like, we say it's "Sweet as". From Mark Waid's The Green Hornet to the new Doc Savage series, when I'm looking at the best and new releases from Dynamite Entertainment for December 2013, these picks make the 'Sweet As' grade:

COVER OF THE MONTH:
JAY ANACLETO  LEGENDS OF RED SONJA #2 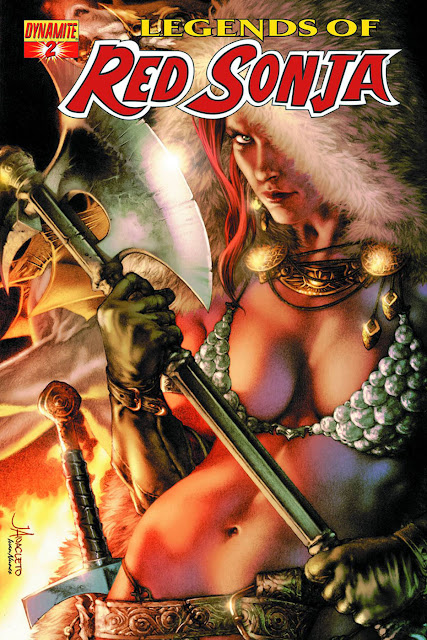 Jay's work always takes my breath away. His art on Aria was flawless from panel to panel and despite the fact he doesn't pop up nearly as often as he should, he never lets his standards drop.

This issue: The legends continue, in this 40th anniversary mini-series, featuring short stories by the best female writers of prose, games and comics, and a wraparound story by series writer, Gail Simone!
A young girl's life is changed forever by meeting the She-Devil, and an old rivalry is remembered. All this plus Red Sonja pursued by the deadly assassins, the Grey Riders!

Remember that old Defenders of The Earth cartoon? Well now Flash Gordon, Mandrake and The Phantom are back on the same team, right in these here pages!
The world is under siege, and only our time-strapped trio know how to battle the hordes of Mongo! Plus Cobra realises what he's unleashed - a life of servitude to Ming The Merciless! 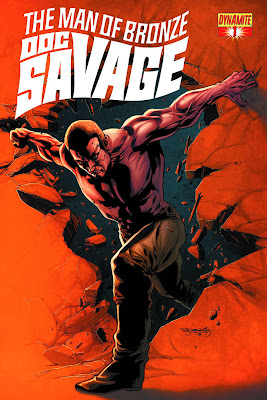 Raised from the cradle to be the pinnacle of mental and physical perfection, Doc Savage travels the world using science and sinews to right wrongs, aid the oppressed, and liberate the innocent.

Writer Chris Roberson brings Doc Savage from 1933 through to today, paving the future of The Man of Bronze. 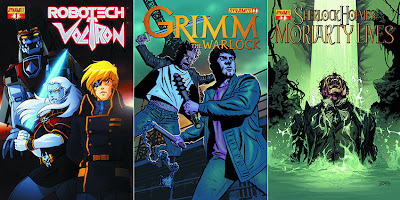 ROBOTECH/VOLTRON #1
(W) Tommy Yune (A) Elmer Damaso
Part 1 of 5. Two of the greatest anime legends of all time are about to collide! The Lion Force faces an ancient adversary jeopardising their very existence and with repercussions threatening earth, how will Roy Fokker and the Skull Squadron cope?

GRIMM: THE WARLOCK #1
(W) Jai Nitz (A) José Malaga
A new mini-series based on the NBC show! Follow Portland Detective Nick Burkhardt on his adventures as a cop / monster-hunting Grimm.

SHERLOCK HOLMES: MORIARTY LIVES #1
(W) David Liss (A) Daniel Indro
Professor James Moriarty plummeted to his doom with his arch rival, Sherlock Holmes. Or did he? Washed ashore in a strange town, Moriarty is alone, penniless, and without his network of thieves. Will his cunning be enough against a foe more ruthless than Holmes himself?

What do you think?  For Dynamite's full December 2013 solicitations, click the jump!
Posted by IADW at 7:14 pm