SWEET AS: The Best From IDW Publishing's December 2013 Solicitations 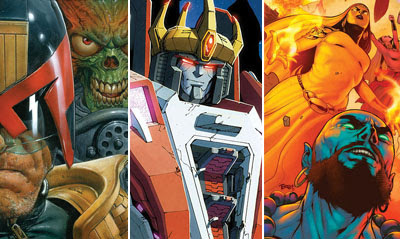 When we Kiwis find something we like, we say it's 'Sweet as'. From the extension of their 2000AD range to the countdown to G.I.Joe #200, when I'm looking at the best and new releases from IDW Publishing for December 2013, these comics make the 'Sweet As' grade: 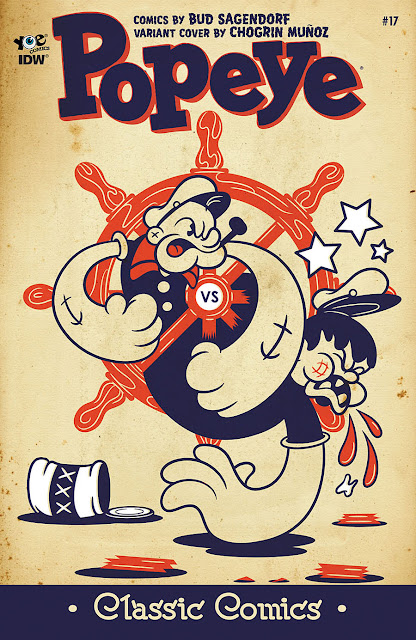 IDW say: More great Popeye goodness! A very funny "Popeye and King Blozo's Problem," then something fascinating and unusual, a story with no Popeye but a character that rarely gets his due stars in "Ham Gravy and his Indian Friend.” And if that isn’t weird enough, a story about BUGS! Not as in bunny - ladybugs, spiders, and beetles, oh my… fighting a tiger! Plus more!

Join the fun on the CELEBRATING POPEYE Facebook Page!
(W and A) Bud Sagendorf 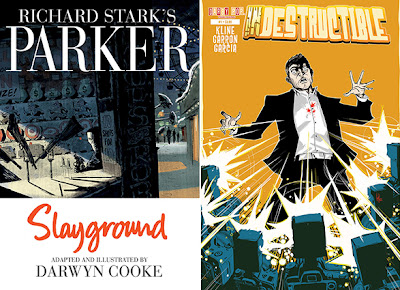 RICHARD STARK'S PARKER: SLAYGROUND #1
(W and A) Darwyn Cooke
Darwyn Cooke's multi award-winning series of Parker graphic novels continues! Parker, whose car crashes after a heist, eludes capture by breaking into a closed amusement park. Seen by a pair of cops who decide to go into business for themselves, the scene quickly becomes a game of cat and mouse… a game that slowly starts to favor the mouse.

INDESTRUCTIBLE #1 (of 4)
(W) Jeff Kline (A) Javi Garron and Salvi Garcia
The debut of David Wohl’s Darby Pop imprint! Meet Greg Pincus - the planet’s newest Superhero. One problem: Greg is neither super, nor particularly heroic. But, he sure enjoys the perks. Can he survive a celebrity-obsessed world that wrongly believes he’s indestructible? 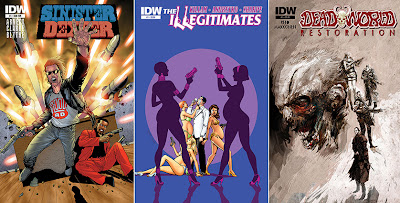 SINISTER DEXTER #1 (of 7)
(W) Dan Abnett (A) Andy Clarke
The smash-hit 2000AD sci-fi series arrives! The first tale sees Finn and Ramone crash an adult movie set for a target who is happier to see them than they expected! Second, the duo are hired to take out a weapons retailer. But is their mystery employer out for more than control of the heavy-duty killware?

THE ILLEGITIMATES #1 (of 6)
(W) Taran Killam (SNL) and Marc Andreyko (A) Kevin Sharpe
Jack Steele: global super-spy, lover of ladies, man-slut. But who will take his place? Olympus scrambles to find not one, but five newbie agents to fill the void and save the world - The Illegitimates!

DEADWORLD: RESTORATION #1 (of 4)
(W) Gary Reed (A) Sami Makkonen
The lepers have been slaughtered, the breeder pit escapees head for New Washington, and the zombies are under Donna's control, a half-human/half-zombie hybrid. Or are they?

What do you think?   For the full list of IDW's December 2013 solicitations, click the jump!
Posted by IADW at 9:42 pm