SWEET AS: The Best From Image Comics' December 2013 Solicitations

When we Kiwis find something we like, we say it's 'Sweet as'. From seven number ones, to the Witchblade gearing up to chose it's next bearer, when I'm looking at the best and new releases from Image Comics for December 2013, these comics make the 'Sweet As' grade:

COVER OF THE MONTH:  RODIN ESQUEJO  MIND THE GAP #16 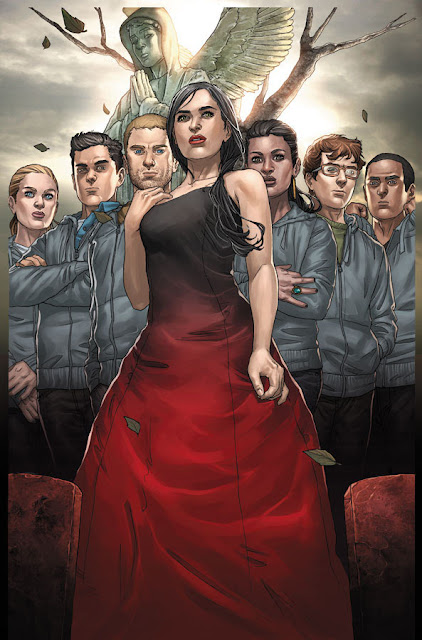 Sure it's always nice to have plenty of red on a cover around Christmas, but not so much when they're standing in a graveyard... or are those teeth? With this twist filled book, you can never be sure...

Image says: New story arc as Act II begins! Everything has changed, and the world as these characters know it will never be the same. New mysteries, higher stakes, bold action. Welcome to the next phase of Mind The Gap. If you’ve been waiting to jump on, now’s the time! 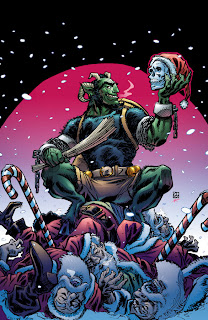 KRAMPUS! #1
(W) Brian Joines (A) Dean Kotz
Meet the Secret Society of Santa Clauses. For centuries, Father Christmas, Ded Moroz, Hoteiosho, and others have magically distributed cheer to children around the world. But when the source of their power is stolen, a desperate Society turns to an usual source for help: the dreaded Krampus, child-punishing demon of holiday lore.

Free of his cell for the first time in decades, will the Krampus uncover the truth behind the Santas’ depowering or leave his jailers to their ultimate fate? It’s Snake Plissken by way of the Grinch as the darkly comedic adventure begins here. 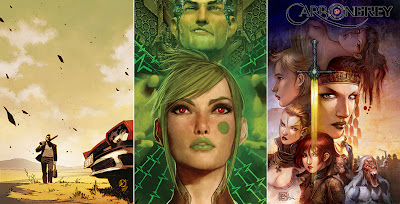 DEAD BODY ROAD #1 (of 6)
(W) Justin Jordan (A) Matteo Scalera and Moreno Dinisio
The men involved in his wife’s death must die. All of them. The writer of Luther Strode crafts the bruising story of one man’s revenge.

APHRODITE IX: THE HIDDEN FILES #1
(W) Matt Hawkins (A) Stjepan Sejic
The cybernetic assassin Aphrodite IX has survived the rise and fall of countless civilizations. What sacrifices and tragedies has she seen that have been erased from her memory?

CARBON GREY, VOL. 3 #1 (of 2)
(W) Paul Gardner, Hoang Nguyen (A) Khari Evans, Hoang Nguyen and Kinsun Loh
Long ago, a child fled a revolution. She stole another’s name, betrayed a king, took his country to war, and turned sister against sister—all to reclaim her Father’s throne. She is Raisa Vasilyeva, and now… destroyer of all things. The final devastating chapter of Carbon Grey. 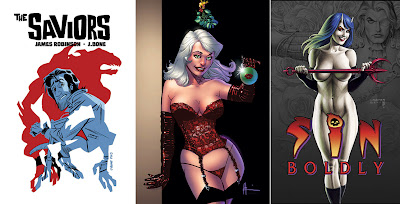 THE SAVIORS #1
(W) James Robinson (A) J. Bone
Tomas Ramirez stumbles upon an extraterrestrial conspiracy to take over the world, he must seek out the few who share this terrible knowledge. But even united, how can they hope to defeat an indestructible alien cabal that is eager to kill anyone who threatens it?

What do you think?  For the full list of Image's December 2013 solicitations, click the jump!
Posted by IADW at 5:19 pm