SWEET AS: The Best From Marvel Comics' December 2013 Solicitations

When we Kiwis find something we like, we say it's 'Sweet as'. From the final issue of Scarlet Spider to Inhuman, Origin II and Peter Parker, yes Peter Parker, when I'm looking at the best and new releases from Marvel Comics for December 2013, these hits are truly 'Sweet As': 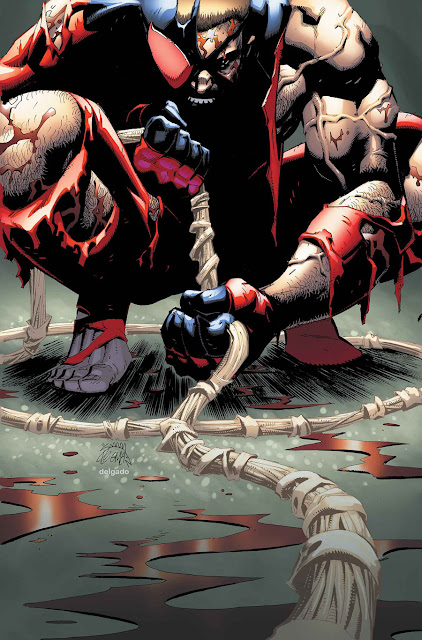 No it's not a Road Runner trap. While not very Christmassy, some covers just lasso you as a reader. This one with a Kaine at the end of his rope, or web, proves even when you win, you lose.

Marvel says: LAST DEVASTATING ISSUE! It’s over. Kaine did his best to be a hero. He failed. What about Houston?! Who lives? Who dies? Is there a place for the Scarlet Spider in this world?

One year after his death at the hands of the Superior Spider-Man – PETER PARKER IS BACK! With a blizzard crippling New York City, Spider-Man must protect the city – but Aunt May’s life is in danger! 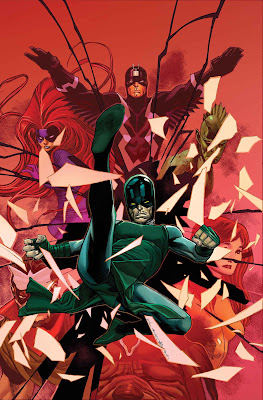 INHUMANITY #1
(W) Matt Fraction (A) Olivier Coipel
The Marvel Universe has changed. The Avengers find themselves face to face with Karnak, who has discovered the secret of the Inhumans, one that will shake the Marvel U to its core.

ORIGIN II #1 (OF 5)
(W) Kieron Gillen (A) Adam Kubert
Post ORIGIN, James Howlett is running with the wolves…until something unexpected brings him back to civilization and he falls afoul of someone Sinister. Someone who’s just discovering mutantkind and the horrors he can visit upon them. 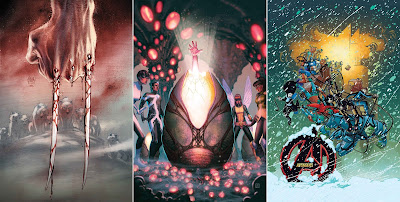 INHUMANITY: THE AWAKENING #1 (OF 2)
(W) Matt Kindt (A) Paul Davidson
Inhuman chrysalises have appeared across the world…some want them, some want to destroy them…and students from the Avengers Academy and the Jean Grey School are caught in the crossfire!

AVENGERS ANNUAL #1
(W) Kathryn Immonen (A) David Lafuente
It’s Christmas Eve in Avengers Tower and Cap’s all alone on. Or is he? 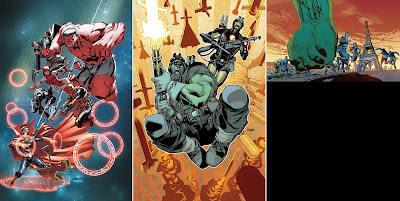 (W) Mark Waid (A) Mahmud Asrar
Before Banner and Stark became heroes, they built weapons. But who inspired them? Now S.H.I.E.L.D. must send HULK and IRON MAN to retrieve one of the greatest weapon designers of all time.

What do you think?  For the full list of Marvel's December 2013 solicitations, click the jump!
Posted by IADW at 6:37 am