When we Kiwis find something we like, we say it's 'Sweet as'. With Valiant their compact publishing line means picking a few highlights and leaving out others is just plain wrong. Avoiding wrong in all ways right, here are Valiant's solicits for December 2013, they're all 'Sweet As': 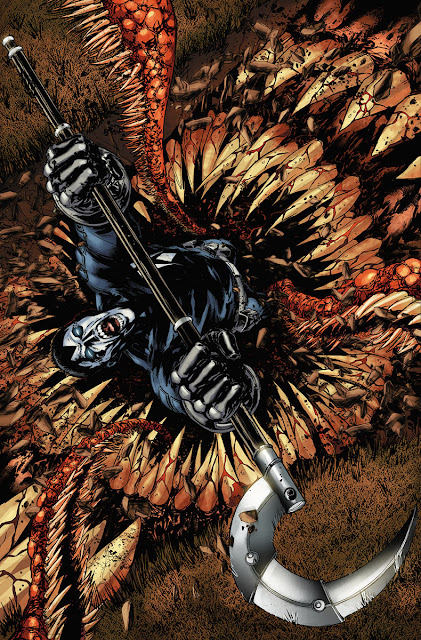 I look at this cover and I hear Adam Sandler in The Waterboy saying "Momma always said 'Gators angry, 'cos dey got all 'dem teeth an' no toothbrush." Still comedy movie comparisons aside, Shadowman's new horrific bent sure has some bite!

Valiant says: All-new creative team... All-new arc... All-new beginning! When a troubled young man with a history of violence and a penchant for blackouts meets an overwhelming source of power with a mystical scythe, the results are doomed to be destructive.

A voodoo loa has possessed Jack Boniface -- or so he believes. But after Jack awakens in an alleyway covered in blood, he embarks on a journey across lands of shadows and death to discover if he can expel the dark force that's seized control of his life. 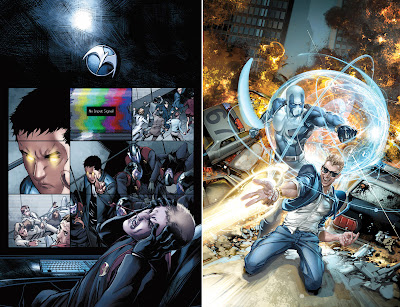 HARBINGER #19
(W) Joshua Dysart (A) Barry Kitson - The grim truth is finally revealed. Peter Stanchek prepares for the mental battle of his life, with the fate and freedom of his fellow Renegades hanging in the balance!

QUANTUM AND WOODY #6
(W) James Asmus (A) Ming Doyle - Quantum and Woody have blundered into a suicide mission! And if they make it out alive, it only means a whole new world of trouble for our dyadic duo! 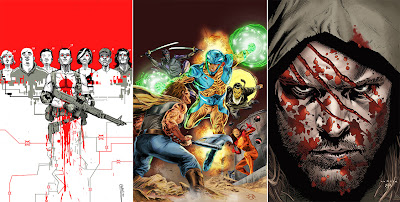 BLOODSHOT AND H.A.R.D. CORPS #17
(W) Christos Gage and Joshua Dysart (A) Emanuela Lupacchino - How does a rookie member of H.A.R.D. Corps take on Toyo Harada? Can this group of physically, mentally and emotionally damaged living weapons survive a battle with the most powerful man in the world?

UNITY #2
(W) Matt Kindt (A) Doug Briaithwaite - Unity has to put down X-O Manowar and avert nuclear war. But they only lasted five minutes last issue. Time for Unity 2.0...but how do you get malcontents, egotists, immortal warriors, and manipulative backstabbers to work together?

ETERNAL WARRIOR #4
(W) Greg Pak (A) Trevor Hairsine and Clayton Crain - Gilad is the Earth's sworn champion...but not its only immortal defender. The Houses have declared war on the Earth and its Eternal Warrior. A battle thousands of years in the making will be fought today...and even the bravest must fall sometime. 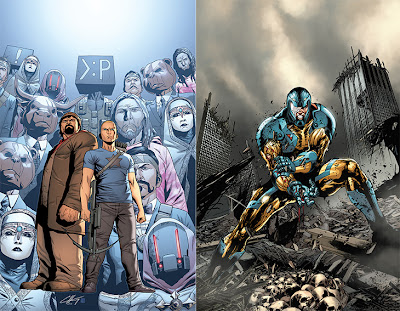 ARCHER & ARMSTRONG #16
(W) Fred Van Lente (A) Khari Evans - The multiple Sects that secretly govern our world have stepped out of the shadows and right into each others' faces! Now the newly reunited Archer and Armstrong must stand tall in this conspiracy free-for-all and find a way to save the world in the process!

X-O MANOWAR #20
(W) Robert Venditti (A) Cary Nord - Unity tie-in! X-O Manowar's people finally have a land they can call home...but threats from all sides now threaten to destroy the peace he has secured.

What do you think?  For Valiant trade paperbacks available in December 2013, click here. 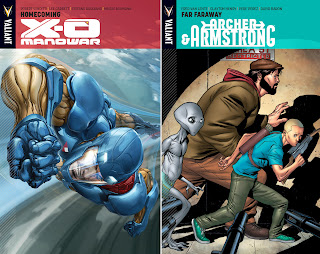