THE COMICS' BEAT: V For Vendetta In Pop Will Eat Itself's 'Can U Dig It?' 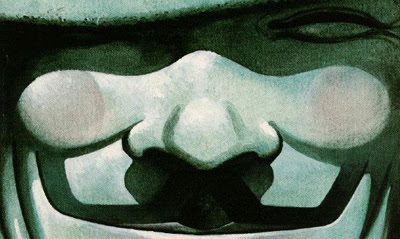 This week, it's Pop Will Eat Itself's Can U Dig It? A song that not only sings about liking both Marvel and DC, Optimus Prime not Galvatron, Bruce Wayne and writer Alan Moore, but also a song that name drops the latter's political thriller, V For Vendetta.

"Spinderella and Bruce Lee, "The Bad and the Ugly",
"V for Vendetta" and "Into the Groovy"."

The video even features comics classics like Batman: The Killing Joke and Watchmen, just hit play and see;

What do you think?  For the full lyrics to this song, click here. To buy this track, visit itunes.com
Posted by IADW at 8:00 pm