Having kids? Travelling outside a movie cinema? Do it in 2014, because 2015 is chocka with hit movies you won't want to miss. While film release date 'musical chairs' may still occur, here are ten of 2015's biggest, lining up to fuel a popcorn addiction near you. 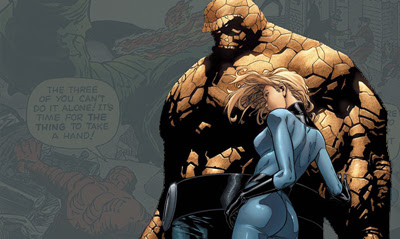 THE FANTASTIC FOUR  March 6, 2015
Directed by Chronicle creator Josh Trank, Fox's reboot of the foursome has locked in X-Men: First Class director Matthew Vaughn as producer. Rumours swirl over cast members, yet despite younger stars in the crosshairs, nothing official has been stated.

ASSASSIN'S CREED  June 19, 2015
'I can play Magneto OR Sinestro' Michael Fassbender will star in the lead role of this video game phenomenon adaptation, and also sit in the producer's chair. Fox and Ubisoft have a script good to go. 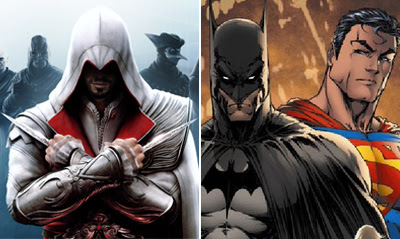 SUPERMAN/BATMAN  July 17, 2015
No official villain or title yet, but this is the one the world's watching. Announcements so far, like Ben Affleck as Batman even make prime-time news here in New Zealand.

BOND 24  November 6, 2015
If Marvel Studios' Ant-Man moves in dates, it's because the studio currently has him set to debut the same week as director Sam Mendes Skyfall follow up, Bond 24. Presumably expanding upon the new M (Ralph Fiennes) and Moneypenny (Naomie Harris), writer John Logan is also returning to help ensure the calibre of film continues. 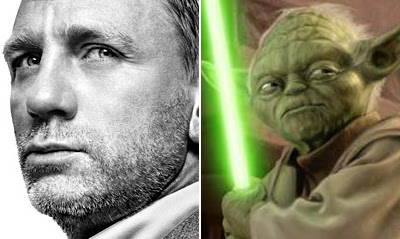 STAR WARS EPISODE VII  TBA 2015
J.J. Abrams takes the helm as director on Disney's first Star Wars film as owners of the franchise. Filming in London, with Michael Arndt on screenplay and John Williams on score,  urban legend is the tale follows the descendants of Han Solo, Luke Skywalker, and Leia, with all three original actors rumoured to drop in at some point.

THE AVENGERS: AGE OF ULTRON  May 1 2015
Want to find me in my birthday month? I'll be camping out for this. Quicksilver, Scarlet Witch, Ultron debut in a Loki-free sequel, with expanded roles planned for both Hawkeye and Black Widow. Filming begins in March, high-hopes are already in place. 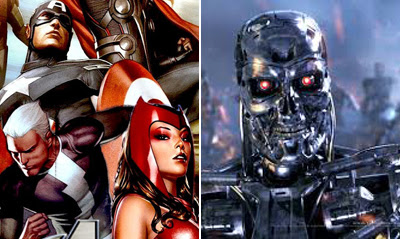 TERMINATOR  June 26 2015
The first film in a franchise, Terminator has a screenplay, and an entirely new cast of characters may debut as a result.

ANT-MAN  November 6, 2015
Ant-Man beats Wonder Woman to a solo movie. I'm sure that was a sign of the Apocalypse. Edgar Wright's directing the diminutive hero, the script is done and pre-production starts next month. 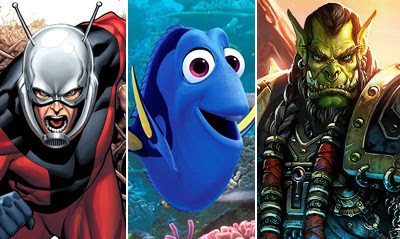 FINDING DORY  November 25, 2015
Following up the second highest grossing film of all time, but set one year later, Finding Nemo director Andrew Stanton returns with Ellen Degeneres for a film starring, well, Dory. Looking for her parents (voiced by Diane Keaton and Eugene Levyare), with the aid of Marlin (Albert Brooks) and a young beluga whale, voiced by Ty Burrell.

WARCRAFT  TBA, 2015
The second video game on the list, Legendary Pictures has teased a 2015 release for this adaptation of World of Warcraft. Test footage was well received at Comic Con, with a Lord of the Rings - full fantasy approach. Production starts in January, so no doubt gamers will log-in to new details before the new year.

What do you think?  What films of 2015 have you already booked in? The new Jurrassic Park? The next Kung-Fu Panda? Let me know.
Posted by IADW at 8:00 pm