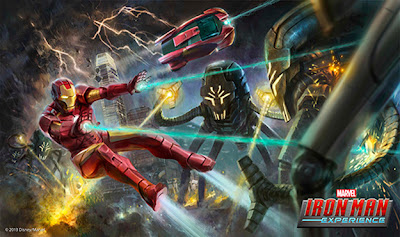 If one city on earth suits the bright lights and hi-tech feel of Marvel's Iron Man, it's Hong Kong. In 2016, Tony Stark's alter-ego will come to call the island mega-city home in all-new ways, with Disney unravelling plans for an Iron Man attraction in the Tomorrow Land section of it's Hong Kong based theme park. 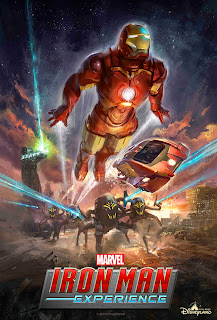 Forget Godzilla, with giant monsters and robots such as Fing Fang Foom and Ultimo part of his rouges gallery, the armoured Avenger would makes for an obvious choice Eastern-pop flavoured adventure, and that's before we even talk about him tackling The Mandarin.

Priced by analysts, the Iron Man Experience will cost the company a true playboy billionaire price-tag - around $100 million to build. Rumoured to include a hall of armour, gift shop and pavillion, the core event will be an Iron Man ride that allows us regular folk to take flight with the superhero, fighting alien forces across the skyline and streets of the magical city.

What do you think?  For the complete run-down, click here.
Posted by IADW at 11:43 am