Like Ultraforce, and The Avengers before them and the Justice League before them, Valiant Entertainment are getting set to put their own spin on the 'gathering of earth's greatest to confront challenges alone they could not' theme, with Unity #1 hitting stores mid-November. 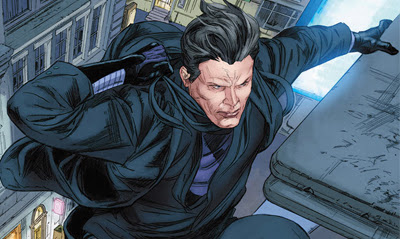 However the book teasing an insight into 'Valiant Phase 2'  doesn't need to land on stands before living up to its own buzz. X-O Manowar, Toyo Harada, Eternal Warrior, Ninjak and Livewire hopping under the sheets together to share the same twenty odd pages has already reportedly netted the issue over 68,500 orders.

68,500. I can't even count that high. Actually scratch that, I probably could with the odd toilet break, it would just be pretty damn annoying for anyone around me. Still, Valiant aren't getting so high they are forgetting fans or retailers. Not only is #1 fully returnable, the publisher is making issues 2-3 the same, so orders for the latter, which have to be in before the true results of issue #1 are out, can be done in confidence.

Revealed on CBR (with an extended preview of Unity #1), Valiant's executive editor Warren Simons summed up the Valiant difference best when he stated "We're not a publicly traded, multinational corporation. We're a bunch of guys in a room scrapping, trying to tell great stories, trying to sell those stories and market those stories. We're all up here working really hard, and really late hours, to get that done."