IT'S ALIVE: First Trailer For I Frankenstein Separates Angels From Demons 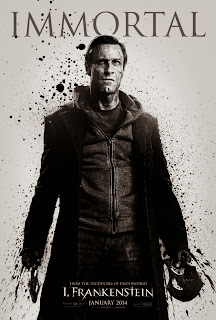 Aaron Eckhart did a great job as Harvey Dent in the now iconic film, The Dark Knight, but this time it is more than half his face that is getting sewn together on the borders of a war between good and evil.

This time he's Adam Frankenstein, and in the first trailer for I, Frankenstein, from the producers of Underworld, he's enacting judgement without the help of a coin.

How cool were those angel transformations and the Frankenstein army jumping off the roof? This comic-book based film strikes January 2014, and while I wish ol' Frank had kept his gruffer 'Vandal Savage' type look than age into a modern metrosexual, it does look like a decent fight and popcorn munch is on the cards.