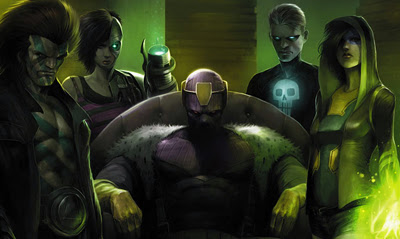 It used to be Earth's mightiest gathered to form the Avengers, but these days with so many Avenger books on stands it's hard to think that elite response unit isn't made up of five billion odd people, all waiting for the excluded three to trip and need a hand up.

Still, being the House of Ideas, Marvel continues to inject interesting hooks into their ever-expanding Avengers line, starting with the overly welcome news Black Widow getting her own series again in 2014, this time by writer Nathan Edmondson and artist Phil Noto. 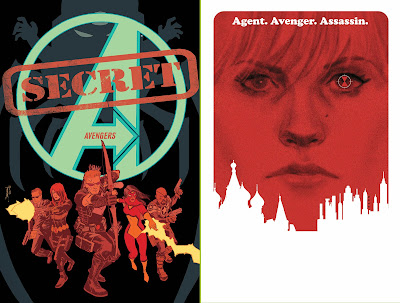 Secret Avengers returns to its espionage roots, relaunching with a new #1 next March. Written by Alex Kot and drawn by Michael Walsh, the mission statement is 'Run the mission. Don't get seen. Don't blow up the world. And maybe save it.' Look for Spider-Woman to join Black Widow, Hawkeye and team, as they come under threat from the likes of A.I.M. and by the looks of the cover tease, possibly M.O.D.O.K.

Avengers Undercover turns the successful Thunderbolts formula on its head, placing the surviving heroes of Avengers Arena inside The Masters of Evil island, Bagalia and looking for redemption as heroes. By Arena creatives Dennis Hopeless and Kev Walker, the quartet of damaged teenagers question if they fit more as villains upon meeting Baron Zemo, his 2IC Madame Masque and Constrictor among others.

MORE AVENGERS NEWS IN BRIEF:  Jonathan Hickman, Nick Spencer and Stefano Caselli will helm ongoing series Avengers World, exploring the Marvel U post-Infinity. Loki: Agent of Asgard will give the big-screen hit his own book by writer Al Ewing, who promises "old god, new tricks", the death of Thor and humorously, a lie to fans.