If vegetables were Batman people would lead healthier lives, myself included. Why? Because we just can't get enough of the dude, unlike vegetables, 'Another serving of asparagus Sir?' 'Gee is that the time...' 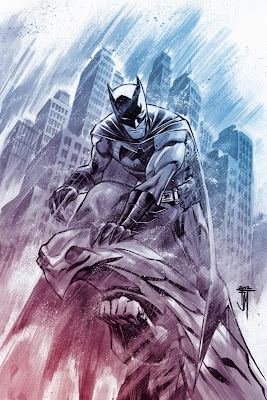 Now DC is set to arm folks with a few more ways to both test the above theory and avoid salads, as they head into celebrations for the Dark Knight's 75th birthday. With Batman's first appearance in 1939's Detective Comics #27, 2014 also happens to offer the same issue number of the DC52 rebooted series of the same name. Now that's a reason to bring in a cake!

This all leads into the titles new writing team of Francis Manapul and Brian Buccellato taking over, focussing on the investigative side of the character, making him more street-level, and seeing in what Gotham streets, hope still resides. 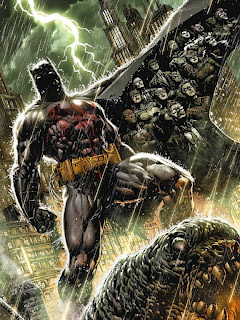 Also due out in spring 2014 is Batman: Eternal, a new weekly year-long series in the 52 vein, announced on USAToday as a series that will get Gotham in shape for the next era of the global icon's future. Led by current 'I can do no Bat-wrong' guy, writer Scott Snyder, the team of writers on the Gotham Central-ish peripheral looking series will include James Tynion IV, Tim Seeley, Ray Fawkes and John Layman, with art by Jason Fabok and others.

See, even if your wallet still has enough coin for greens after all these great books hit, you can respond to 'Eat your vegetables' with 'Sorry can't, reading Batman: Eternal'. Geez Batman, is there nothing you can't save us from?