The next wave of Marvel NOW! titles is more like an avalanche, as long serving staple characters get another shot at a new series. This includes an all-new Ghost Rider who prefers muscle cars, and former War Machine, James Rhodes, becoming his own man as Iron Patriot. 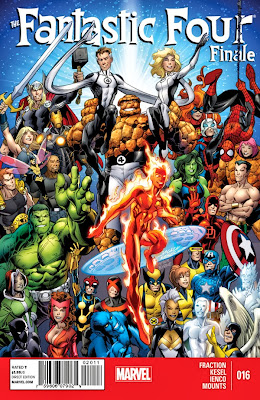 Firstly, a little confusion seems to have reigned over The Fantastic Four. The Cup of Joe Panel stated both FF and Fantastic Four would end in January, just 16 issues after their original Marvel NOW! debut #1's. Marked by The Fantastic Four Finale, a special issue commemorating the end of editor Tom Brevoort's 141 issue run on the franchise.

Then IGN ran an article now since removed, saying writer James Robinson and Leonard Kirk would relaunch Fantastic Four #1 next spring, starting with the demise of the quartet and working backwards from there as to how it happened. Maybe the IGN staff jumped the gun and official word will come tomorrow.

Speaking of timing, Silver Surfer explodes into a new ongoing series in March, fuelled by the buzz around Marvel Cosmic. Snatching artist Mike Allred and writer Dan Slott along for the ride, Norrin will discover the universe in a new way, joined by a kindred spirit from earth. 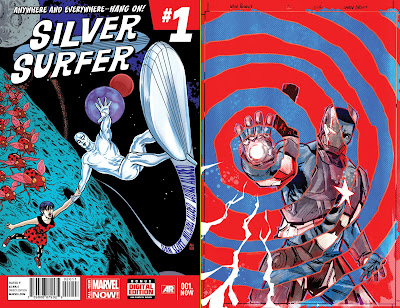 Iron Patriot #1 will serve as a platform for former War Machine/Iron Man James Rhodes to stamp his individuality all over evil. Also starting in March from writer Ales Kot and artist Garry Brown, James turns his back on Secret Avenger-ing to mark the home front.

More than a demonic Fast and The Furious, All-New Ghost Rider revs up in March, launching a new #1 for a Spirit of Vengeance more interested in muscle cars than motorcycles. By indie creators Felipe Smith and Tradd Moore, the new series according to Newsarama stars Roberto Reyes, a mechanic in a bad neighbourhood, working to move he and his disabled brother to better places, when he falls afoul of underworld power-player, Mr. Hyde.

Finally, Neil Gaiman announced Marvel will reprint the Miracleman material, including Gaiman's unpublished 'end' #25, starting this January. Neil also teased that he could "keep going" with the series. 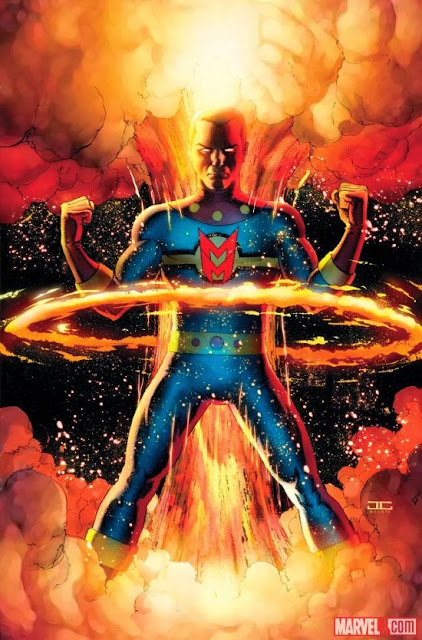 MORE MARVEL NEWS IN BRIEF:  Deadpool: The Gauntlet will be a new digital only series, designed for mobile devices. Starting December 2014, it will be written by Gerry Duggan and illustrated by Reilly Brown.