NYCC 2013 could easily be renamed 'The Marvel March'. The news and debuts fired from the publisher have really showed when it comes to their home turf, The House of Ideas comes out swinging. The latest batches of titles revealed being these right here... 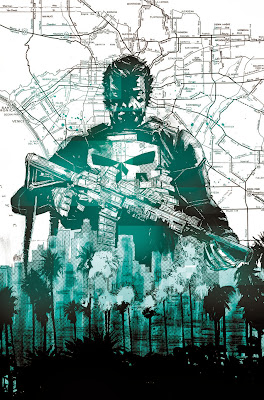 As well as writing the just announced Black Widow series, Nathan Edmondson will join artist Mitch Gerads on February's relaunch of Punisher. Now based in Los Angeles, Frank feels he has found the head of the crime snake in the city of angels.

Zeb Wells wrote her in Savage Wolverine with artist Joe Mad, now he's taking Elektra back into her own solo title. Part of Marvel's thrust into female led titles, the infamous assassin kicks off next March with Mike Del Mundo handling art chores. 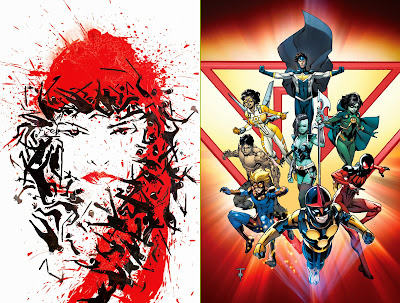 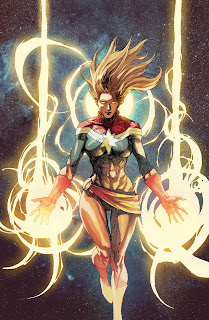 One of my main addictions of the 90's, The New Warriors also gets a revival. In February founders Speedball and Justice assemble the new Nova, Scarlet Spider, Sun Girl, Inhuman Haechi, Demi-God Aracely, and Atlantean Water Snake, as they are deemed a threat by the High Evolutionary. Aiming for a Wolfman/Perez Teen Titans / Brian K. Vaughan's Runaways mix, the series launches in February from writer Chris Yost and artist Marcus To.

Lastly, Captain Marvel gets a relaunch, showing the company's commitment to Carol Danvers, hoping to expand on the low sales of her last series. In March the new run's mantra will be Higher, Faster, Further, More as writer Kelly Sue DeConnick takes Captain Marvel into space.
What do you think?
Posted by IADW at 10:41 am