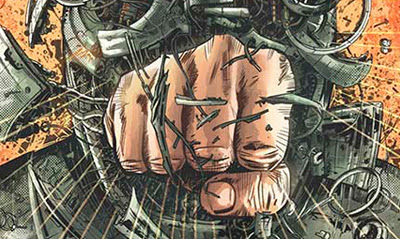 With my subscription for their upcoming revival of Doc Savage already in, I'm glad to find Dynamite aren't stopping their cult offerings with the Man of Bronze, The Shadow, Red Sonja and Vampirella. The publisher has just announced four classic Gold Key characters will receive a new series, and with the first kicking off in February 2014, each is ready to enthrall fans all over again, this time in the daring Dynamite manner.

The four series and their creative teams are as follows;

Magnus: Robot Fighter  (W) Fred Van Lente (A) Cory Smith - Man vs robots (and plenty of them), in a sci-fi futuristic setting. Magnus is a character who should always be in print, as the Russ Manning creation is one of the genre's cleanest concepts. Says Fred “The very nature of robotics questions what it means to be human -- that's ultimately what Magnus: Robot Fighter will be about. That, and punching robots until they explode." 'Nuff said.

Turok: Dinosaur Hunter  (W) Greg Pak (A) Mirko Colak - A survivalist story about a Native American warrior, transported to a lost valley full of dinosaurs. This was the one I was most looking forward to resurging at Valiant. While that is not to be, it is great seeing Turok return to shelves, written by Greg Eternal Warrior Pak, ready to redefine this classic savage land. 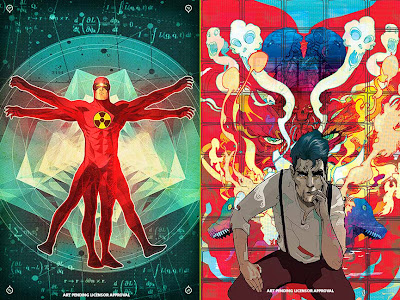 Solar: Man of the Atom  (W) Frank Barbiere - If Magnus is one of the genre's cleanest concepts, Solar has to wear one of it's cleanest (and most iconic) costumes. While there is no word on what physicist is at the heart of this run (or if one is even involved), the accidently created God among men will return with an emphasis placed on the family and characters behind the powers.

The Occult Files of Doctor Spektor  (W) Mark Waid - For CrossGen, Waid created the hit-detective mystery Ruse, and now looks to create a similar smash with this classic skeptical investigator. Look for the good Doc who exposes the supernatural as bumpkin, to reevaluate his existence in the wake of the super-human arrival.