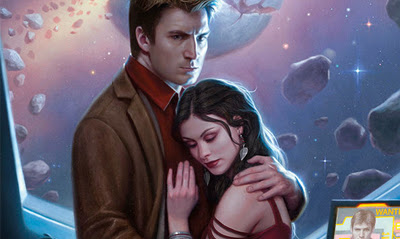 Everytime media mentioned Joss Whedon up until The Avengers, they tagged him as 'Buffy creator'. It was enough to make you grab said mag or screen and yell "What about Serenity?!" As ironic as yelling about something serene in name would be, one of the best modern sci-fi flicks just didn't seem to get the traction or reaction it deserved. But that time has ended. Serenity: Leaves On The Wind has been announced by Dark Horse Comics at Nerdist, sparking new life into the cult-hit extension of the Firefly franchise. Following a #WheresSerenity social media campaign the news and six-issue mini-series sees Joss's brother Zack Whedon script, while iconic Buffy penciller Georges Jeanty handles the art chores.

Armed with more than the potential to be an ongoing, the creative team hope to build on not mimic what has already been established when the first issue lands late January 2014, picking up the story of the ragtag crew on the lam roughly nine months into the aftermath of their encounter with the Reavers.

The sub-title, Leaves on the Wind, is a reference to Wash’s final words (“I am a leaf on the wind, watch how I…”), and now after a lengthy wait, the leaves are finally blowing the Firefly fans' way.