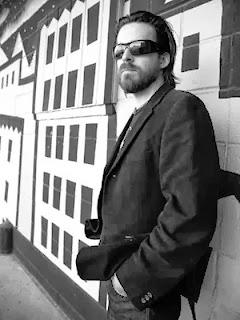 Writer Matt Fraction has a way with words. He was part of the amazing creative team that lit up the much missed Immortal Iron Fist series and he's currently hitting the bullseye every month on Hawkeye.

However when a fan recently wrote to the superstar about their overwhelming depression and resulting suicidal thoughts, Matt's words didn't come from his imagination, but from his own personal experiences and heart.

As a former councillor who used to provide such support to people as a 'job', I dig that Matt starts his response by urging the fan to seek professional help. He then follows up by outlining his own somewhat similar experience on Thanksgiving, and how something many of us can relate to, helped pull him through. Just one snippet;

"And because you asked me I am answering you because i know, motherfucker, i know, i know, i know the hole you are fucking in because I was there myself. And if you look hard you can still see my writing on those walls and if you stare long enough i swear to god it’s pointing to up"

It's a powerful piece of brutally honest and candid internet. Personal. Emotive. And God I hope it got through.

Read the plea and the response in full, after the jump.
Posted by IADW at 8:00 am