MINOTAUR OR MAN: Wonder Woman Fan Film Rivals Them All 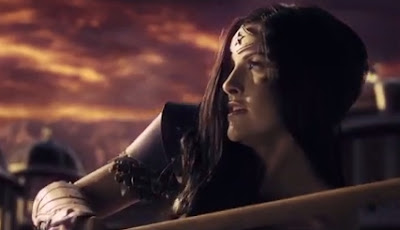 Say 'It can't be done' long enough and sooner or later you find someone who proves 'It can'.  L.A. production company Rainfall have created a deluge of voices screaming the latter, thanks to their 'fan film' on DC's warrior peace bringer, Wonder Woman. Raining on the parade of the big studios saying she's too hard to sculpt for the screen, these guys show how the amazon who borders two worlds - our crime ridden present and the greek-classical past -has never been more iconic or raring to go.

That taking off of the robe has to be the money-maker scene. You know you're in for trouble when Diana takes the kid gloves off. Right, that's two great fan videos down (the other one is here), Hollywood, who's next?