START SPREADIN' THE NEWS: George A Romero Brings Horror Back To Marvel 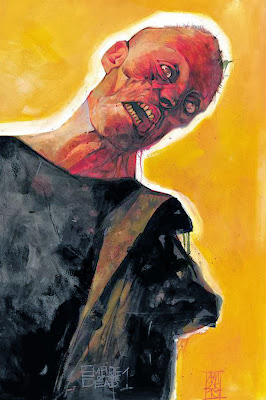 George A Romero's cult hit classic zombie films, like Night of the Living Dead, all took place in Pennsylvania, but when his new comic Empire of the Dead launches from Marvel next January, the father of the modern genre will be taking a zombie-style bite out of 'The Big Apple'.

With art by former Daredevil superstar Alex Maleev, and covers by Marvel Zombies cover cruncher Arthur Suydam, the series promises to bring a "new predator" to town, with further details teased for release at the upcoming New York Comic Con.

While Blackest Night and Marvel Zombies have both had a go, this is the first time one of the big publishers has taken an ongoing run at The Walking Dead's success. The book sure is stacked with all-star fire power, and regardless of if it is infectious enough to convert fans or share them, it is just great seeing horror comics rising from the dead.