SWEET AS: The Best From Dark Horse Comics' January 2014 Solicitations

When we Kiwis find something we like, we say it's 'Sweet as'. From Serenity continued in print, to a new range of #1's for $1, when I'm looking at the best and new releases from Dark Horse Comics for January 2014, these comics make the 'Sweet As' grade: 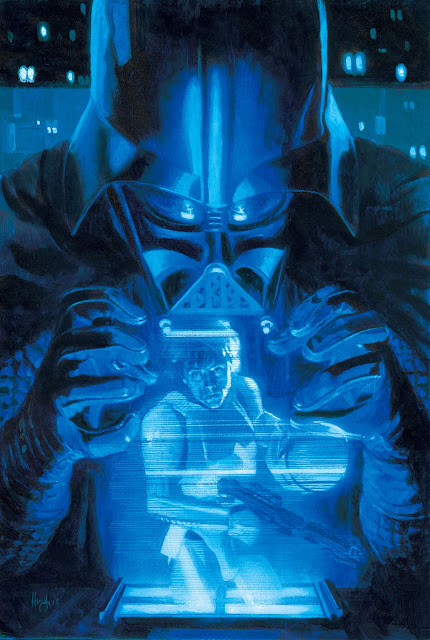 You know what Darth Vader needs to discover? Candy Crush Saga. Not only will its addictiveness give him no time to crush the rebels, it'll add all the colours of a healthy diet to the Death Star, rather than just an ominous blue. I'm no interior designer, but that's just my five cents.

Dark Horse says: After a defeat by Rebel forces and the escape of prisoner Luke Skywalker, Darth Vader decides to clean house. From one end of the galaxy to the other, Vader's "new broom" -- a squad of elite stormtroopers backed by the Dark Lord's own lightsaber -- is sweeping the ranks of the Empire!
(W) Brian Wood, (A) Facundo Percio 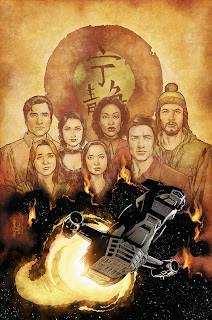 SERENITY: LEAVES ON THE WIND #1
(W) Zack Whedon
(A) Georges Jeanty
Malcolm Reynolds's crew shook the 'verse to its core when they laid bare the crimes against humanity undertaken by their sinister government -- the Alliance. Always outlaws, Mal, a very pregnant Zoe, new pilot River Tam, and the other surviving crew members are in greater danger than ever. Meanwhile, everyone is asking the same question...

#1 FOR $1: X
(W) Duane Swierczynski (A) Eric Nguyen
The enigmatic vigilante X has shattered Arcadia's criminal triumvirate, "the three pigs," and fixed his eye on an even tougher target. But with the police department AND the crime establishment teamed up against X, muckraking blogger Leigh Ferguson may be his only ally!

#1 FOR $1: CAPTAIN MIDNIGHT
(W) Joshua Williamson (A) Fernando Dagnino
In the forties, he was an American hero, a daredevil fighter pilot, a technological genius ... a superhero. But after hurtling out of a freak storm in the Bermuda Triangle and into the present day, Captain Midnight doesn't know what or whom to trust! 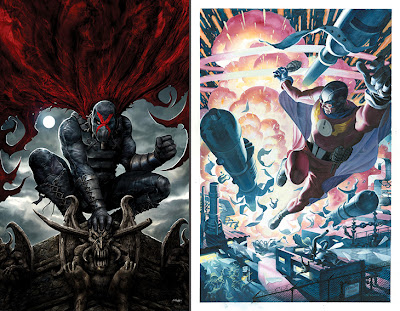 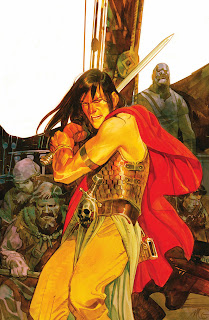 #1 FOR $1: CONAN THE BARBARIAN
(W) Brian Wood
(A) Becky Cloonan
In this sweeping adaptation of Robert E. Howard's Queen of the Black Coast, Conan takes to the high seas alongside pirate queen Bêlit, setting the stage for an epic of romance, and terror.

BALTIMORE: CHAPEL OF BONES #1
(W) Mike Mignola (A) Christopher Golden
After his long hunt, Baltimore finally confronts the vampire who destroyed his life in London for a final showdown!

FURIOUS #1
(W) Bryan J. L. Glass (A) Victor Santos
The world's first superhero, Furious, seeks to atone for her past sins by doling out rage-fueled justice! But the spotlight of our celebrity-obsessed media threatens to expose her true identity before she can achieve redemption. 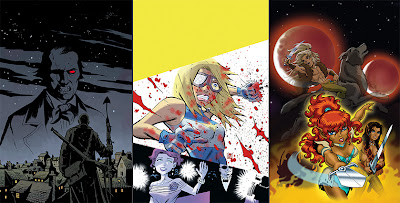 THE STAR WARS #0
(W) Jonathan Rinzler, Randy Stradley (A) Mike Mayhew, Sean Cooke, Kilian Plunkett, Stéphane Roux, Scott Kolins
A companion to the eight-issue adaptation of The Star Wars, this is an exclusive peek behind the scenes at the designs that have brought a new -- yet incredibly familiar -- galaxy to life.

BAD BLOOD #1
(W) Jonathan Maberry (A) Tyler Crook
Getting bitten by a vampire pissed Trick off. Seeing his best friend brutally slaughtered started a war. And Trick will do anything to eradicate them. 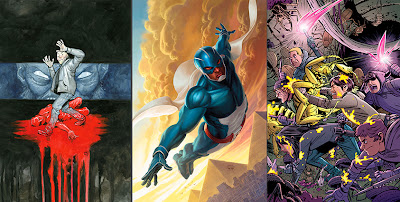 SKYMAN #1
(W) Joshua Hale Fialkov (P) Manuel Garcia
After an embarrassing defeat by Captain Midnight, a drunken Skyman accidentally kills an innocent man! Needing a new face for their initiative, the Skyman Program turns to US Air Force Sgt. Eric Reid: a wounded veteran on the ropes, looking for a new lease on life.

JUICE SQUEEZERS #1
(W/A) David Lapham
Tunnels made by a legion of giant bugs crisscross the fields below Weeville, and only one thing can stop them from overrunning this quaint California town: the Juice Squeezers.

What do you think?  For the full list of Dark Horse's January 2014 solicitations, click the jump!
Posted by IADW at 8:17 pm