SWEET AS: The Best From DC Comics' January 2014 Solicitations

When we Kiwis find something we like, we say it's 'Sweet as'. From the launch of new Bat-book crossover Gothtopia to The Vampire Diaries in print, when I'm looking at the best and new releases from DC Comics for January 2014, these comics make the 'Sweet As' grade: 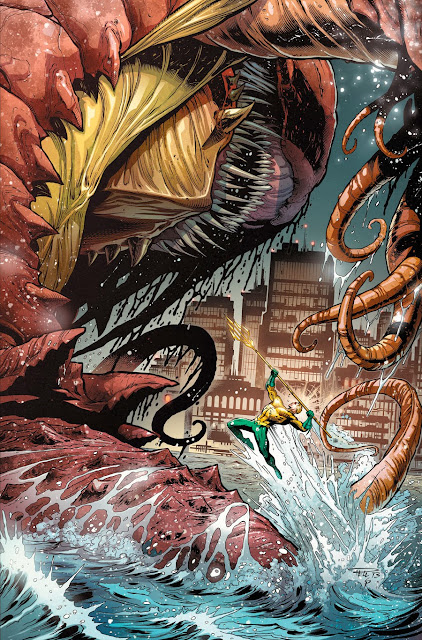 The Karaqan stole the show in the Pirates of the Caribbean movies, and it sure looks like it's about to do the same to Aquaman. Forget Pacific rim, King of The Seven Seas vs Sea Monster has ringside tickets selling fast!

DC says: From the depths of the ocean comes the Karaqan — a monster so immense, Aquaman doesn’t even know how to start battling it! And while he may have no idea what it is, the people of Atlantis do — and the LAST thing they want is for their king to try to stop it! (W) Jeff Parker (A) Paul Pelletier 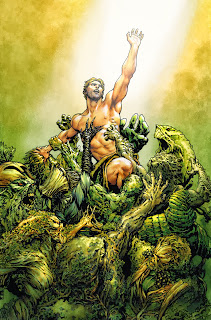 UNDER THE RADAR:
SWAMP THING #27
(W) Charles Soule (A) Jesus Saiz
He's a true icon of DC Comics greatest era and he needs more press! In this issue the Seeder story wraps up as the earth bleeds green, getting ready for whatever era blooms next. Writer Charles Soule is in hot demand, and here is the perfect place to find out why!

INJUSTICE YEAR TWO #1
(W) Tom Taylor (A) Bruno Redondo
The best-selling prequel to the hit video-game picks up right where it left off! The death of one of their own has divided Earth’s protectors as hero turns against hero. As Superman’s grip on the world tightens, at the edge of the galaxy, fear approaches... 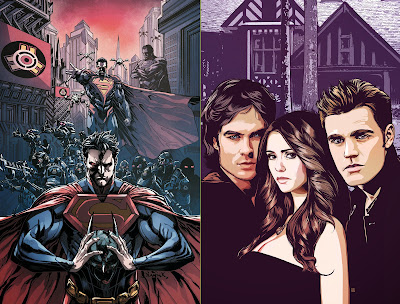 THE VAMPIRE DIARIES #1
(W) Colleen Doran (A) Tony Shasteen
This anthology series will bring some of comics’ greatest talents to Mystic Falls, to bring the characters to life... or death.

SCRIBBLENAUTS UNMASKED: A CRISIS OF IMAGINATION #1
(W) Josh Elder (A) Adam Archer
Straight from the hit video game Scribblenauts Unmasked: A DC Comics Adventure comes an all-new, all-ages adventure featuring Maxwell, Lily and as many DC characters as you can imagine! 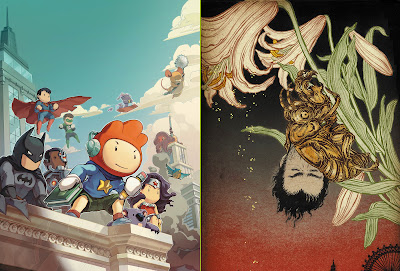 THE UNWRITTEN VOL. 2: APOCALYPSE #1
(W) Mike Carey (A) Peter Gross
Mature Readers
It’s the perfect jumping on point, as Tom Taylor is stranded at the beginning of all creation! Lost in the unwritten scenes of all the world’s stories, Tom Taylor is headed back to reality — and all the gods and beasts and monsters ever imagined can’t stop him.