SWEET AS: The Best From IDW Publishing's January 2014 Solicitations

When we Kiwis find something we like, we say it's 'Sweet as'. From the Ghostbusters / X-Files crossover to the countdown to G.I. Joe Real American Hero #200, when I'm looking at the best and new releases from IDW for January 2014, these comics make the 'Sweet As' grade: 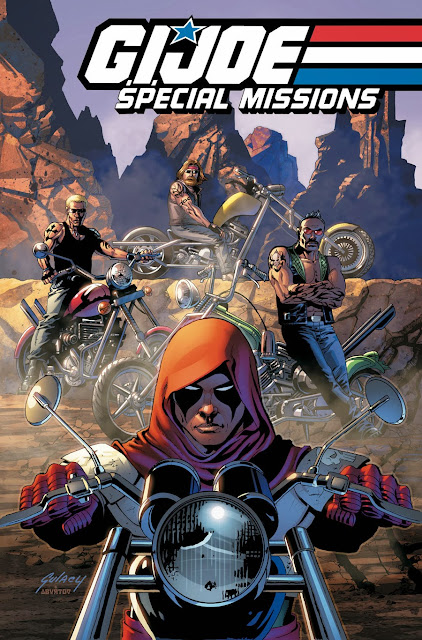 If I had a motorbike, I would look this cool. Everything about this cover hits the high grade, not just because it stars Zartan and the Dreadnoks but even the colouring is out of this world!

IDW says: When a COBRA satellite crashes into the Australian outback, Scarlett and the Special Missions team enters the race to retrieve it but the murderous, marauding, motorcycle maniacs who call themselves the Dreadnoks are in the neighborhood too, led by Zartan! 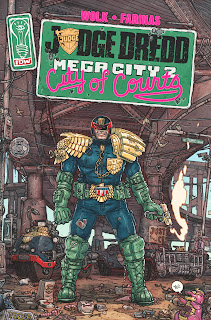 JUDGE DREDD: MEGA-CITY TWO #1 (of 5)
(W) Douglas Wolk (A) Ulises Farinas
With hyper-detailed art by Ulises Farinas (Glory), Dredd is sent packing to Mega-City Two, a sprawling city covering 5,000 square miles of the Californian West Coast and centered in what was once known as Los Angeles, where he soon discovers that they do things differently there.

PURGATORY #1 (of 5)
(W) Joe Halpin Sr. (A) Juan Francisco Guerrero
As night brings the terror of the Dark Souls, ex-cop Jake Ryan struggles to make sense of his surroundings as people vie for power in a world that rewards the bold and enslaves the weak.

THE X-FILES: CONSPIRACY #1 (of 2)
(W) Paul Crilley (A) John Stanisci
The event of the year begins here! When The Lone Gunmen discover files from future, they learn a plague will wipe out most of humanity. This leads the X-Files crew to investigate several urban legends: a group of ghost-hunters, mutant turtles, shape-changing alien robots, and a vengeful spirit from beyond the grave! 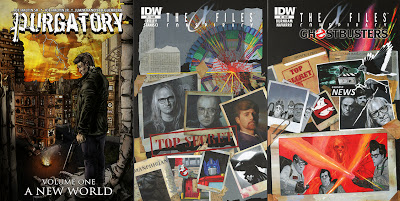 THE X-FILES: CONSPIRACY GHOSTBUSTERS
(W) Erik Burnham (A) Salvador Navarro
The Lone Gunmen investigate their first lead, the Ghostbusters. Are they frauds and charlatans, bilking unwitting clients out of money? Or do they have special insight into the afterlife?

TEENAGE MUTANT NINJA TURTLES: UTROM EMPIRE #1 (of 3)
(W) Paul Allor (A) Andy Kuhn
At the Technodrome, Krang’s plans to destroy the Earth are ramping up. Little does he know that Baxter Stockman plans to harness its power for himself! As the two villains scheme, one imprisoned robot holds the key to success—Fugitoid!

BASIL WOLVERTON'S WEIRD WORLDS: ARTIST'S EDITION
(W and A) Basil Wolverton
With each page printed the same size as drawn, scanned from the original art, this edition showcases Basil Wolverton. One of the most unusual, innovative and influential cartoonists of all time. Featuring an incredible array of comics, zany characters and a selection of his classic end of the world illustrations! 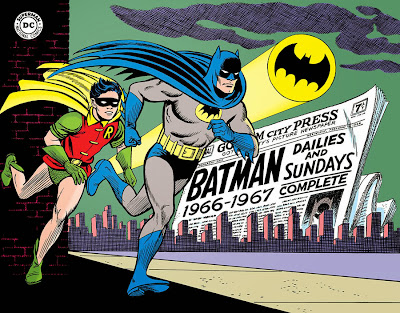 What do you think?  For the full list of IDW's January 2014 solicitations, click the jump!
Posted by IADW at 9:17 am