SWEET AS: The Best From Image Comics' January 2014 Solicitations

When we Kiwis find something we like, we say it's 'Sweet as'. From the launch of Deadly Class to Marc Silvestri on Cyber Force, when I'm looking at the best and new releases from Image Comics for January 2014, these comics make the 'Sweet As' grade: 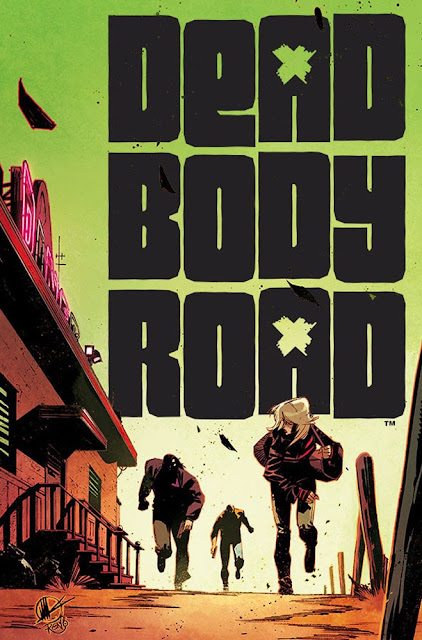 I really dig decent typography and when the logo gets made a part of the cover art, not just a sticker on it. Here that usage makes this cover to Dead Body Road alive and kicking.

Image says: Will a standoff in a diner lead Gage one dead body closer to his revenge? Or is it just a pit stop on the highway to Hell?
(W) Justin Jordan (A) Matteo Scalera and Moreno Dinisio 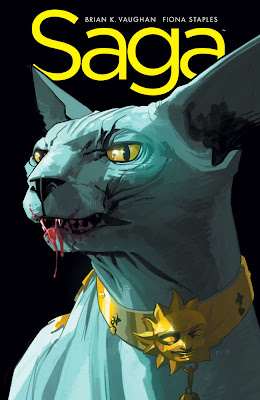 EGOs #1
(W) Stuart Moore (A) Gus Storms
A twisted far-future epic! An aging hero risks everything to rebuild his former team – but to do so, he must cross a line with his wife that can't be uncrossed. 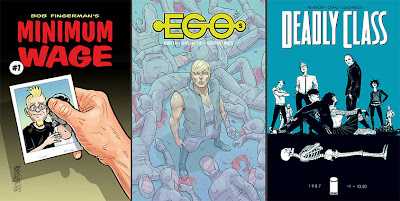 DEADLY CLASS #1
(W) Rick Remender (A) Wesley Craig and Lee Loughridge
It’s 1987. Marcus Lopez hates school. His grades suck. He has no money. The jocks are hassling his friends. But the jocks are the children of Joseph Stalin's top assassin, the teachers are members of an ancient league of assassins, the class he’s failing is "Dismemberment 101," and his crush, a member of the most notorious crime syndicate in Japan, has a double-digit body count.
Welcome to the most brutal high school on Earth. Murder is an art. Killing is a craft.

What do you think?  For the full list of Image's January 2014 solicitations, click the jump!
Posted by IADW at 11:00 pm