SWEET AS: The Best From Marvel Comics' January 2014 Solicitations

When we Kiwis find something we like, we say it's 'Sweet as'. From the rebirth of Marvel UK to one of the biggest launches of new titles in one month ever, when I'm looking at the best and new releases from Marvel Comics for January 2014, these hits are truly 'Sweet As': 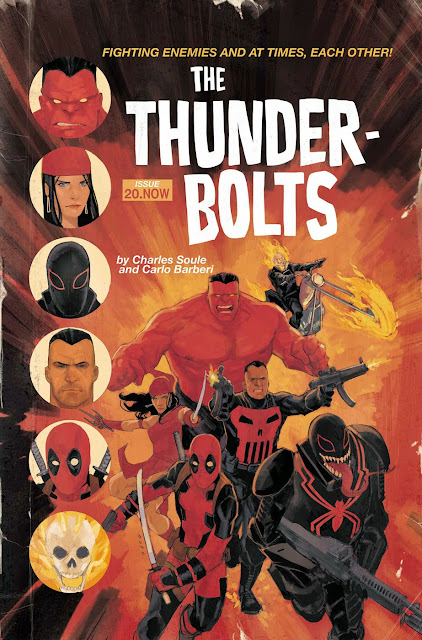 Now this book looks like a pulp comic should! The roll call on the left reminds me of the great Justice League comics of old, and the cover design in general just feels like one of those great finds you stumble across at a decent secondhand book store!

Marvel says: Ghost Rider joins The Thunderbolts! General Ross's Thunderbolts were brought together to clean up problems no one else could...but what about when the problem is ON the team? The seemingly all-powerful Mercy has gone too far, slaughtering innocent people. Who can the team turn to to help take her down? How about Johnny Blaze, the original Ghost Rider? Can he save the team before it all goes to hell? Or will he lead them there? 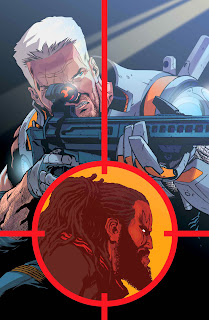 CABLE AND X-FORCE #18
(W) Dennis Hopeless (A) Angel Unzueta
"Vendetta" part I Stryfe has returned, eager to exact his revenge on Cable. Hope is brought face-to-face with Bishop, the man who crusaded across centuries in a mission to exterminate her. But this time around, she's ready to retaliate...and they'll hold nothing back as they race to destroy one another. When the dust settles, only one X-Force team will be left standing... 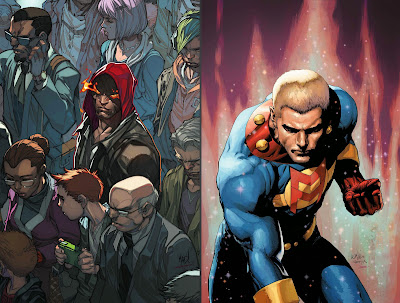 INHUMAN #1
(W) Matt Fraction (A) Joe Madureira
After the fall of Attilan and the explosion of the Terrigen Bomb, thousands of people across the globe have transformed into Inhumans! The transformations have given them powers that are dangerous and terrifying, making them targets. With Inhuman king Black Bolt believed dead, is there anyone for these new Inhumans to turn to? 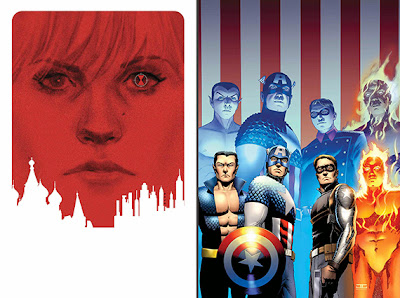 BLACK WIDOW #1
(W) Nathan Edmondson (A) Phil Noto
You've seen Black Widow as an Avenger and even an Agent of Shield. But on her own time she searches for atonement for her past as a KGB assassin--in ways of which those teams just wouldn't approve.

ALL-NEW INVADERS #1
(W) James Robinson (A) Steve Pugh
The Kree Empire intends to conquer the universe using a weapon that will grant them an army of Norse Gods. It falls to four heroes united by their past--Captain America, Namor, The Original Human Torch and the Winter Soldier--to face the future save Earth.

ALL-NEW X-FACTOR #1
(W) Peter David (A) Carmine Di Giandomenico
Serval Industries, has just unveiled their newest contribution to society...the All-New X-Factor. Led by Polaris, the team uses its corporate backing for the betterment of society. With her half-brother Quicksilver, notorious thief, Gambit, and more by her side, can Polaris trust her corporate masters? 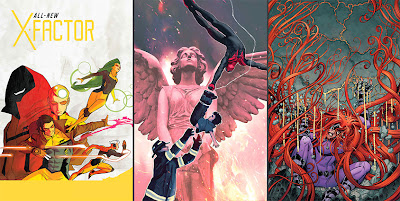 INHUMANITY: SUPERIOR SPIDER-MAN #1
(W) Christos Gage (A) Richard Elson
Inhumanity Tie-In! Atitlan has crashed out of the sky into New York City, leading the Superior Spider-Man to discover super-powers aren't all it takes to be Superior.

INHUMANITY: MEDUSA #1
(W) Matt Fraction (A) Nick Bradshaw
Inhumanity Tie-In! Inhuman Queen Medusa's kingdom is destroyed, her king is dead and her people's population just increased exponentially. How can she possibly deal with it all? 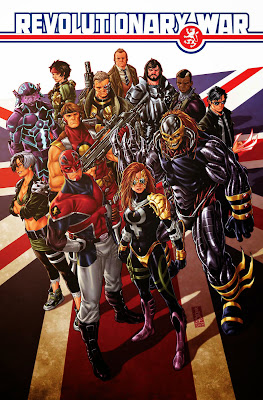 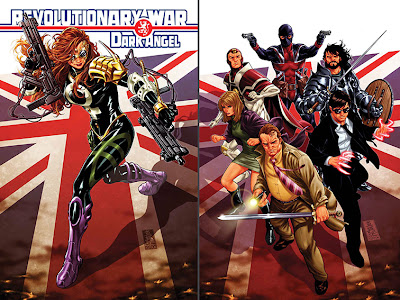 GEORGE ROMERO EMPIRE OF THE DEAD: ACT ONE #1
(W) George Romero (A) Alex Maleev
Welcome to New York City years after the undead plague has erupted--but just because Manhattan has been quarantined, don't think that everyone inside is safe! Another ancient predator is about to take a bite out of the Big Apple!

DEADPOOL: THE GAUNTLET #1 (FREE)
(W) Gerry Dugan (A) Reilly Brown
Deadpool has tangled with vampires before, but is he ready...to work for them?! Dracula hires the Merc with the Mouth! 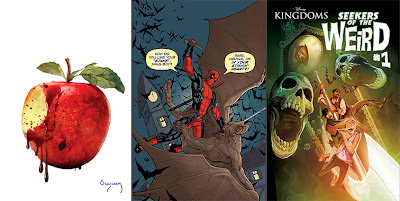 DISNEY KINGDOMS: SEEKERS OF THE WEIRD #1
(W) Brandon Seifert (A) Karl Moline
When their parents are kidnapped, teens Maxwell and Melody are thrust into a race through the world's most strange and dangerous museum as they unite with their mysterious swashbuckling uncle to save their family and the world!
ALL-NEW MARVEL NOW! POINT ONE #1
(W) Various (A) Various
It's your one-stop entry point to the world of All-New Marvel Now! Loki embarks on a mission for Asgard! The Silver Surfer and Dawn experience the cosmic rays of Nautikos! The Black Widow goes undercover! Who is the new Ms. Marvel? And more!

AVENGERS WORLD #1
(W) Jonathan Hickman and Nick Spencer (A) Stefano Caselli
Earth's Mightiest Heroes have returned from the stars-- but on the world they left behind, new threats have emerged, and in one cataclysmic day, the face of the Marvel Universe will change forever-- and the fight for Earth's future will begin.

NIGHT OF THE LIVING DEADPOOL #1
(W) Cullen Bunn (A) Ramon Rosanas
Deadpool awakes from a food coma to find...The zombie apocalypse has occurred! Drawn in black and white (and red), can the Merc with the Mouth avoid becoming the Merc in their Mouths?

What do you think?  For the full list of Marvel's January 2014 solicitations, click the jump!
Posted by IADW at 11:00 am